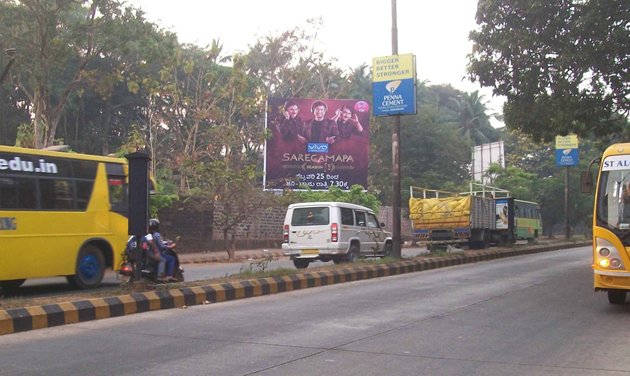 As the renowned television weekend show of Zee Kannada ‘Sa Re Ga Ma Pa – Little Champ’ is back with its 13th season, the channel has rolled out a high-decibel OOH campaign banking on traditional formats in more than 30 towns in Karnataka. Ecosys OOH has executed the entire campaign.

To ensure highest possible OOH penetration in the hinterlands of Karnataka besides covering major cities, the agency used its planning tool Systemapit. The agency focused on the newness of an old television show by reaching towns which accounts for low population but contribute more numbers in terms of viewership. “This talent hunt show needed to reach smaller towns, where we always garnered the highest viewership. Ecosys OOH took up this challenge and executed the campaign across Karnataka towns keeping in mind the right TG,” informed Zee Kannada.

Hardik Kapdi, Managing Partner, Ecosys OOH, said, “This campaign is a new learning for us too as the reach was more into rural or less populated towns of Karnataka. We looked after the quality execution and timely execution of the campaign.” Sujit Banerjee, Founder Director & CEO, Ecosys OOH, said, “Our planning tool Systemapit was pivotal to the approach and strategy for the campaign.”