Finally appearing on the streets is Toyota’s Glanza, with a noticeable OOH campaign, which is a part of the brand’s 360-degree campaign.

Executed at prime locations in Mumbai and Delhi, the campaign’s minimal-content creative is aimed at tapping the backpacking traveller’s spirit. In the process it also sheds light on the durability of the latest model which helps it withstand long journeys and also on the spacious interiors.

With formats like unipoles and billboards, the campaign stands out across metro cities in India with the Toyota identity signage and the impactful colours.

The automobile major has had some major launches this year and with Glanza on the outdoors, Toyota Kirloskar Motor is collaborating with Ignite Mudra agency to roll out a successful OOH campaign. 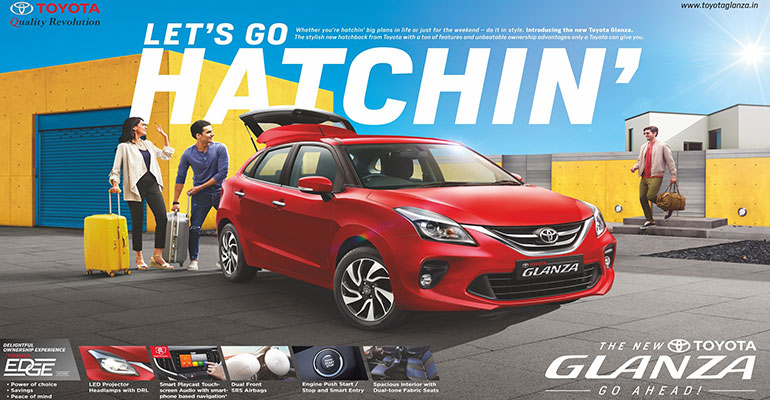 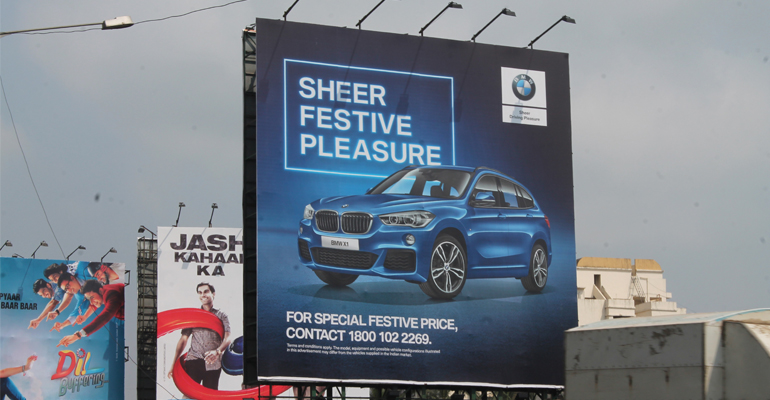