Reliance goes all out on OOH with new 3G offer

As part of the latest OOH campaign, Reliance Communications has used in-flight branding for the first time, along with OOH media opportunities in transit networks & destinations like airports & multiplexes to garner high visibility & reach. 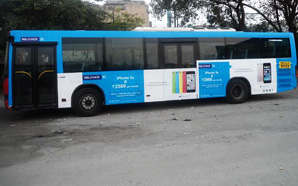 Reliance Communications Ltd has come up with a new OOH campaign to launch iPhone 5s and iPhone 5c on the Reliance 3G network. The campaign promoted unlimited voice and data usage on the iPhone and drove footfalls to the Reliance stores. 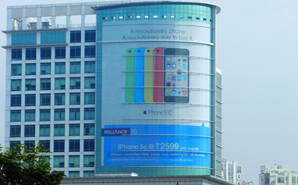 As part of the OOH campaign, Reliance Communications has branded seat backs in Jet airways. This was the first time that inflight branding was used by the brand. With transit media being key for the campaign, Metro train branding, station branding, fleet cabs and AC buses branding was used across Mumbai and Delhi. A strong mix of traditional and transit helped build frequency and garner higher visibility. Branding on billboards, bus shelters, airport signage's, wall wraps, mall facades and interior branding was also done to catch eyeballs.

The campaign began on November 1, 2013 and is on for 30 days. As is the case with all Reliance OOH campaigns, this one too is aimed at creating a strong brand recall with the Blue base color on the hoarding and a crisp message completely focusing on the promotion. 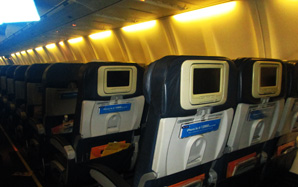 Prasun Kumar, Head - Brand, Communication and Insights, Reliance Communication, says speaking about the campaign, "The objective of the campaign was to establish our unique and first time ever bundled offer of unlimited voice and data usage on the iPhone & drive footfalls to Reliance stores. Together with other media presence the OOH plan was necessary to sustain the punch in order to hold the attention of the target group even when they are on move. High impact sites throughout cities were selected, and this delivered huge eyeballs and impact which was evident from the sales that picked up for the product. I congratulate team Kinetic on their successful planning and execution of this campaign.â€