Home » Campaigns » Play a game and win a discount, Myntra shows how

Play a game and win a discount, Myntra shows how

E-commerce brand Myntra engaged the audiences with a digital on-ground activation platform which lead traffic onto their online store. Karmatech designed the entire activation with their new motion technology Kinect in three different malls of Delhi. Outdoor Asia digs into the strategy behind it.

Online shopping site, Myntra, planned to leverage the on-ground medium for the first time to create buzz regarding their 55% online sale. The idea was to divert their on-ground traffic to their website to create acustomer base and build the brand.  Karmatech, a digital interactive agency, partnered with the brand and developed and executed the digital on-ground event. The entire activity was designed with the Kinect motion technology which is a body motion sensor technology with a combination of hardware and software support. The activity was kicked off on a pilot plan in a single mall of Delhi, but after receiving a great response, the brand planned to organize it in different malls.

"Myntra came up with a campaign of 55% discount wherein they wanted people to win those coupons on-ground and redeem them on website. They wanted to do something really different and innovative. Basically being an online brand they have always spent on online promos and their budgets go to online ads, but for the first time, they planned to execute an on-ground activity and it was a kind of experiment for them,â€ said Rahul Khosla, Founder & Project Manager, Karmatech. 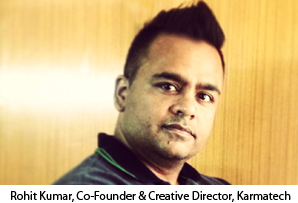 "The Karmatech tech team had already cracked the Kinect motion technology and now it was on the creative team to harness it to create an engaging experience for the users, so we came up with a Mario Brothers style game where a user could control a game avatar to run, jump and collect Myntra fashion wear. Now since Myntra is an online brand, we thought of taking it closer to its TG and thus came up with the idea of having an on-ground digital activation.  We thoughtfully kept the activation venue at shopping malls, where the game actually pulled people shopping out of stores to come and play that game, as they could buy the same shirt or shoes from Myntra for less just by playing this game,â€ added, Rohit Kumar, Co-Founder & Creative Director, Karmatech.

The digital on-ground engaged the audiences with the help of game, wherein people could run on the spot and jump on the screen, to collect the fashion wear. The Kinect motion technology tracked the user motion and the avatar in the game exactly behaved like the user.  As Mario is a game most people have played in their childhood, the audience could connect with it. The idea was to keep the interaction simple; it took 35 seconds to play the game. 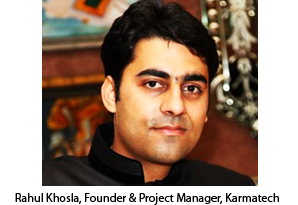 Rahul said explaining the technology, "Kinect is a combination of hardware and software. It is not available in India. We researched on this technology and brought this to India. Kinect detects the whole body from small finger to index finger, the joints, eyes etc. We took 15 days to bring it to India and then two months to crack the technology.â€

The brand wanted to tap the tech-savvy audience from SEC A-B, therefore the activity was organized in different malls capturing various types of audiences in places such as GIP Mall, Metropolitan Mall and DLF Promenade Mall based out of Delhi. The activity ran during three weekends.


Executing a digital on-ground was a herculean task for the agency. "The execution part was a bit of a challenge. Developing the entire game took a lot of time. We had created four levels and it took one and a half minutes to complete the game which was pretty long. Therefore, we reduced the two rounds and shortened the game time. Also, the participation level was very high,â€ said Rahul. Adding the creative viewpoint Rohit said, "The main creative challenge was while filming the avatars used in the game, as it required them to walk and run on a treadmill on the chroma floor and the scary bit was running and walking on a treadmill without the supporting side bars that too fully decked up in Indian ethnic wear and stilettos.â€

Talking about standing out in malls during the crowded weekends, Rohit said, "This is a unique experience so there is absolutely no competition from BTL. This concept is a fusion of brand building, motion gaming and instant gratification. Imagine playing a one minute fun filled motion game and winning up to 55% off discount coupons on the spot!â€ .

During this activity, 7500 people reportedly played the game over a span of three weekends; out of which 80% people redeemed their discount vouchers and it lead Myntra in gaining 6000 new shoppers. "The client is very happy because everyone is talking about it and they had use it for first time. It is a big achievement for us also. Everybody is doing the same stuff but to stand out and do a clutter breaking thing is the achievement,â€ summed up Rahul.
Tags : Myntra Karmatech Rahul Khosla Kinect motion technology Rohit Kumar
Advertisement