For brand marketers IPL offers some exciting opportunities to connect with the audience by using mediums like OOH . Leading this pack are TV channels leveraging the OOH fever to talk about IPL in newer ways. The 2014 IPL season has in fact come with several changes in terms of OOH treatment, campaign scale and the level of excitement. Outdoor Asia probes the details of how MAX went about it. 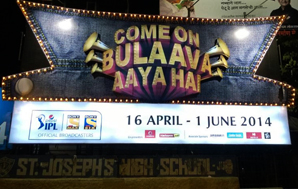 SET MAX has once again set the spirits high for its hottest property, Pepsi IPL season 7. Along with the sport's excitement, the league is also popular for its taglines, promotional advertisements and media planning. Likewise this year too, the channel has built the thrill with their new tagline,'Come on Bulaava aya hai'. The campaign'Come On, Bulaava Aaya Hai' is inspired from the fact that Pepsi IPL is the biggest cricketing extravaganza in the world. The word'Bulaava' connotes'calling' with the premise being that the year's most awaited and anticipated cricketing event has finally arrived and there is no way you would want to miss it. The OOH campaign duties were handled by Storyboard Broadcom.

Vaishali Sharma, Vice-President Marketing & Communications, MAX says, "IPL entices people across age groups, gender and languages. This year's campaign "Come On, Bulaava Aaya Hai'' is a unique thought that stems from the insight of how the passion of IPL overtakes every aspect of these different people's lives highlighting their hunger for the tournament and eventually creating a huge national frenzy.â€

Considering the scale and wide presence of OOH medium, the brand planned to utilize at its best. "OOH medium has the highest visibility, scale and it is a creative medium. Therefore we decided to use OOH medium to boost the scale and create anticipation regarding the event. Now, IPL is seen by all walks of audiences including women and kids as they are equally interested in the show, hence we tried to tap them though OOH medium.â€

The campaign was kicked off few weeks before the series started and continued to be visible for long duration on OOH. The duration was strategized not only to build the excitement but also to sustain it for longer duration.

While describing the theme, Vaishali explained, "Bulaava Express is the perfect initiative to get the people excited about the tournament. Cricket fans were exuberant about being a part of this activity. The overwhelming response and enthusiasm of the crowd has encouraged us to take the fun and excitement to more locations.â€


The outdoor campaign creative has been given a different treatment compared to other medium campaigns. The OOH campaign showcases the captains of all the team members with an aim to represent the game and the teams.

Here are some details of innovation: 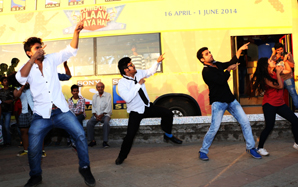 The brand has newer places such as LC1 markets which makes it a total of 97-100 cities. "As the TAM is also reaching these smaller towns for measurement, we also found that it is essential for us to reach there and create excitement in these markets.â€


The campaign has indeed been able to create big buzz for the game with the support of OOH's scale and communicating power.