Home » Campaigns » Hotstar Watch’NPlay makes a match of it

The 2nd phase of the Hotstar campaign, executed by The Social Street, fans out to Tier I & II cities 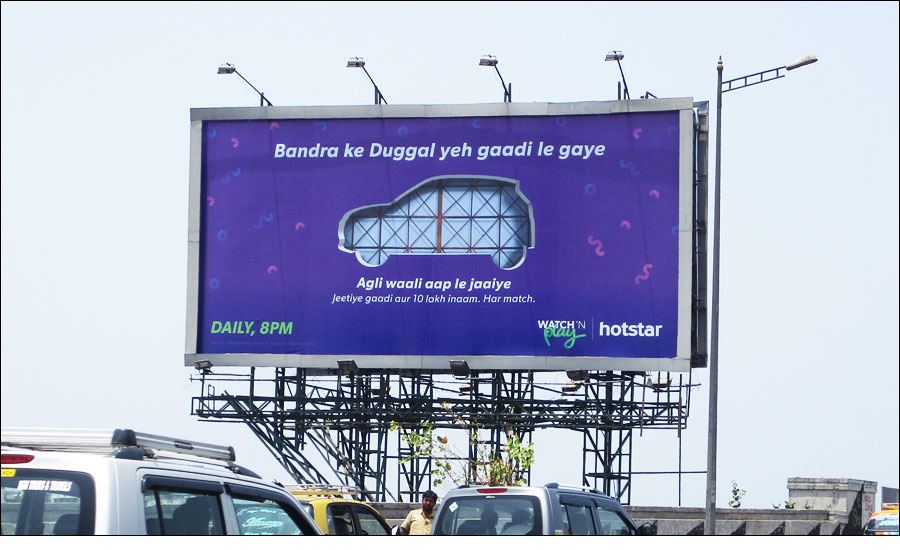 Following the successful launch of Watch’NPlay feature, a new skill-based game from Hotstar, the brand has now rolled out the next phase of the ongoing OOH campaign, extending it to several metros and mini metro markets. In association with The Social Street, the first phase of the OOH campaign was rolled out in Mumbai, Delhi, Bengaluru and Hyderabad which involved a search for potential players for the WatchN’Play platform on Hotstar with “The Largest Player Hunt Ever”.  In the second phase, the communication focuses on gratification and prizes already won or available to be won by the players through its Watch’NPlay feature. 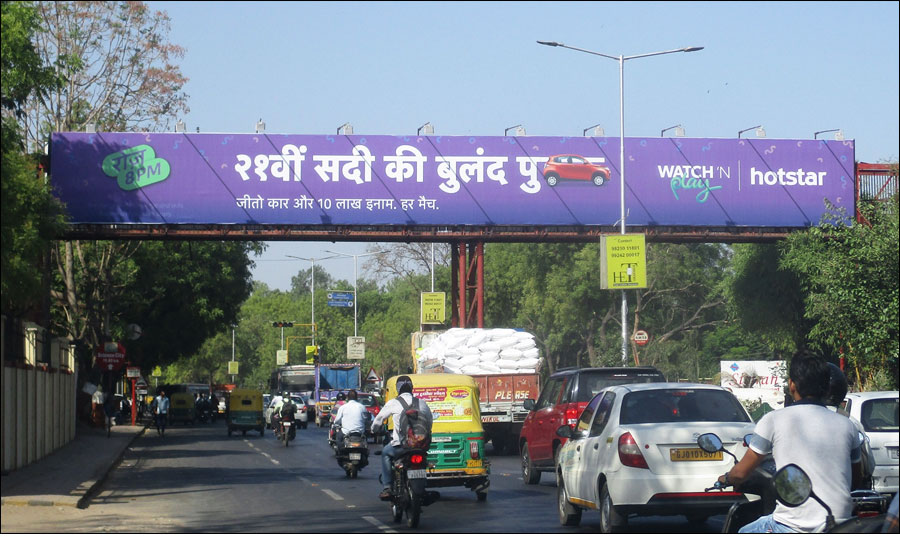 Hotstar is giving its fans a chance to win a car and INR 10 lakh worth of prizes with each match this season as part of its highly engaging Watch’NPlay feature. Several users of the game are already winning cars and other prizes. The new outdoor campaign, executed by The Social Street, aims at communicating the same to a broader set of audience by encouraging new users to participate and win big.

By geo-targeting, the messaging was customised to each area within the target city. In all, 7 different messages had been used in the new phase of the OOH campaign, in addition to customising each message according the area of display.  A mix of large format impact sites and frequency media were used to drive reach and visibility. The campaign was rolled out in multiple cities across Mumbai, Delhi, Bengaluru, Madhya Pradesh, Uttar Pradesh, Andhra Pradesh, Kerala, Tamil Nadu, Punjab, Assam, Bihar, Rajasthan and Gujarat using more than 300 OOH media sites. 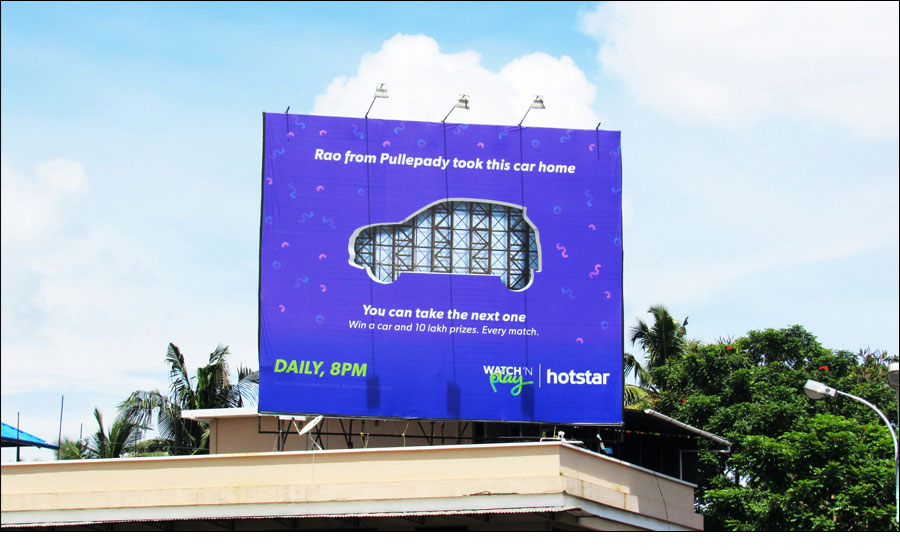 Commenting on the campaign, Spencer Noronha, Managing Partner – The Social Street said, “Hotstar has always been in the forefront of delivering new experiences to its users and the Watch’NPlay platform is one more step in that direction. We used area-specific messaging along with 3D creatives to create a visual disruption. We are happy to see the response to the campaign across the markets.”