DDB MudraMax depicted the story of Mahabharat on OOH to promote Star Plus' new show using the right blend of scale and innovation. 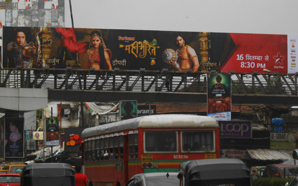 Star Plus now revives the'Mahabharat' story on their channel, reportedly in a much grander scale, in terms of the production scale. Each aspect of the show, right from the attires and shooting locations to special effects and the use of weapons has been given a special new and fresh avatar. In keeping with the scale, the channel has not left any stone unturned in creating a massive multimedia campaign across the country to promote the same. The OOH medium has obviously played a pivotal role in elevating the presence of the show and has been executed across 100 plus towns in the country, from metros to LC1 towns. The OOH duty of the show has been handled by OOH specialist agency DDB MudraMax.

"The brief was to create impact and buzz for Star Plus' Mahabharat - the biggest show launch of the year. We selected the most impactful media vehicles clubbed with three "first of its kindâ€ innovations and ensured that the awareness and recall generated for the show launch is quick as well as lasting. The idea was to bring the billboards to life by recreating famous scenes from the epic on ground. The 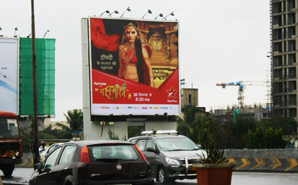 route we used was to put up large 3D sculptures on the billboards, ranging from 17 to 22 ft in height emerging out of the billboards. The three innovations of Arjun, Shakuni and Draupadi look dominating and dwarf the conventional innovations done so far on the OOH platform.  These innovations have been entirely conceptualized and designed by our in-house OOH creative team,â€ says Spencer Noronha, VP, DDB Mudramax OOH.

A multimedia approach has been adopted by the agency to amplify the effect of the campaign by achieving the right balance between impact, frequency and reach. Large format premium billboards and unipoles, gantries and bridge panels, mall media, metro stations and railway station platform branding as well as transit media have been extensively used to create the desired level of awareness and hype for the upcoming show. The media planning has been executed to reflect the premium nature and scale of the show. 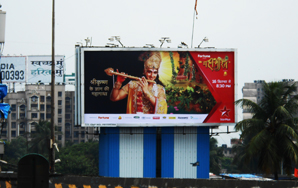 Basically six different creatives have been used for the campaign to highlight the characters of the epic saga namely Krishna, Arjun, Draupadi, Duryodhan, Shakuni and Gandhari. The rich colors and strong visuals used in the creative help the campaign stand out and create an instant connect and recall amongst the masses. Special care has been taken by the agency to ensure that the commuter gets exposed to each of the creative in a sequence as he travels across the city thus eliminating monotony and keeping the visibility factor for the campaign alive.

The campaign has also taken an innovative route to garner the desired eyeballs and buzz. The different innovations executed were:

1. Arjun â€“  A 22 ft tall Arjun kneeling down and looking into the water pot in front of him to take a shot at the rotating fish above his head during the Draupadi Svayamvar. The sculpture protrudes 6 feet out of the billboard, while a large 3D golden fish rotates overhead. The billboard has a huge backlit Star Plus logo on the top right corner.

2. Draupadi - A 17 ft tall Draupadi standing with her eyes closed praying to Lord Krishna depicting the famous "Vastraharanâ€ scene wherein a Satin Saree comes down all the way from the billboard above, showing the protector Lord Krishna blessing her. 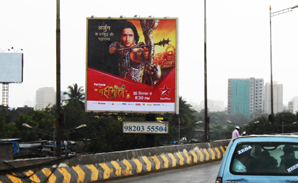 3. Shakuni - The creative does not show any faces or give any express indication of the character being portrayed in the innovation. It just shows two human hands throwing a pair of dice and knocking off five crowns. The five crowns depict the five Pandavas who were deprived of their kingdom by Shakuni using his famous pair of dice during the game of Chausar. The background creative provides further perspective and depth to the sculptures. The billboard has a huge backlit Star Plus logo on the top right corner.

"We have installed the large sculptures on strategically located high impact billboards in the city. We hired professional sculpture artists to ensure that the final output comes to life especially as it involved recreating human form. Getting all three sculptures ready and put up simultaneously at the start of the OOH campaign was a mammoth task and took detailed planning on our part. The sculpture work started almost a month back. We had to hire a crane to hoist these giant sculptures on the billboard for installation. The innovations are impossible to miss and have definitely amplified the scale of the launch campaign. All the media vehicles have been meticulously selected to complement the eye-catching and dominating creative used for the campaign," says Anirudha Pawar, DGM, DDB Mudramax OOH.

Nikhil Madhok, Sr. Vice President, Marketing -- Star Plus said, "The work done for Mahabharat by DDBMudramax OOH has been outstanding. The innovations have been novel and the scale of execution has been a first of its kind in the country on the OOH platform. Star Plus always strives to disrupt and this execution is another example of our continued efforts in that direction.â€