Home » OOH Solutions » Australian Ethical first to use SmartSkins that will be recycled into park benches, polymer products

SmartSkins sets a new benchmark for the OOH industry with the substrate and mounting ropes being 100% recyclable, while also maintaining the high quality of traditional billboards and being cost effective 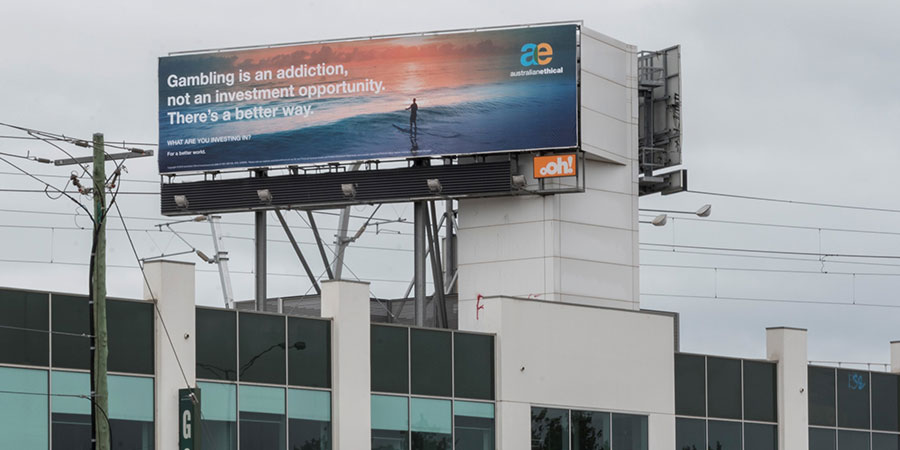 Billboard skins used in a new advertising campaign for Australian Ethical will be recycled into products traditionally manufactured from hard wood timber, following the development of an innovative material.

In a world’s first, billboard skins known as SmartSkins - which was developed by print specialist Cactus Imaging and its parent company oOh!media - will be recycled into park benches, decking, bollards, fence posts and other high-grade recycled polymer products.

SmartSkins sets a new benchmark for the OOH industry with the substrate and mounting ropes being 100% recyclable, while also maintaining the high quality of traditional billboards and being cost effective. 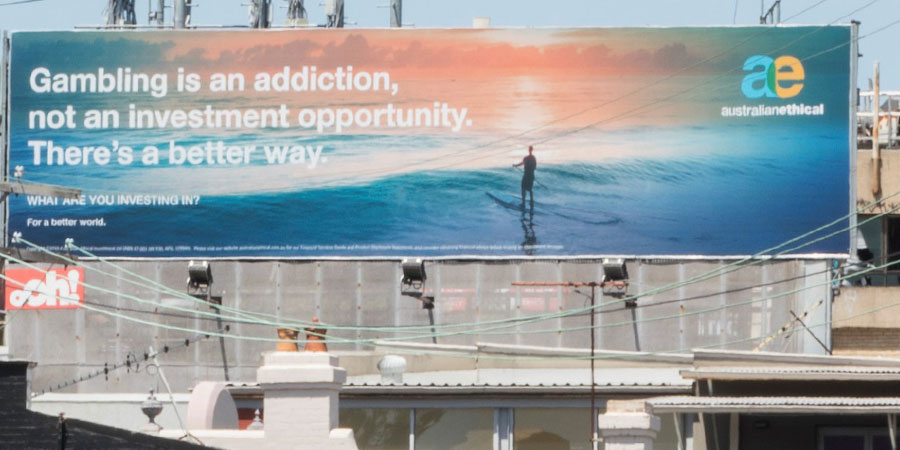 Cactus Imaging’s General Manager Nigel Spicer said the company had invested heavily in developing an environmentally friendly printing option for OOH advertising to reflect the demands of Australian advertisers to be more sustainable.

“There is an unmistakable need for greener OOH advertising solutions and while in other international markets there are biodegradable products that are more environmentally friendly than PVC, these products were not viable for our market due to quality, price or a mixture of both,” Spicer said.

“Our only option was to develop our own product, which delivered similar quality output, is able to withstand the Australian climate for the typical campaign cycle, and could be provided at a price point that was not excessively more than traditional PVC. Cactus Imaging is the first in the world to offer this 360 approach to recycling in OOH industry after many years of perfecting the production process and looking for a secondary market that we could work with to give billboard skins a second life,” he added.

The new SmartSkin product has been successfully tested over the past year and is now available for advertisers nationally, with Australian Ethical being one of the early adopters of the material that costs only slightly more than traditional billboard skins.

The new campaign for Australian Ethical, which recently went live, is a collaborated effort between oOh!, its print subsidiary Cactus Imaging and Australian Ethical’s media agency, Benedictus Media and creative agency DO Creative.
Australian Ethical is a leading ethical investment and superannuation provider.

Allyson Lowbridge, Chief Customer Officer at Australian Ethical, said the innovative SmartSkins product aligns with the company’s purpose of making a positive impact on the planet, people and animals.

“Our bold new brand campaign makes a vital point about the future of our planet, calling for all Australians to investigate where their money is invested and what they are supporting. The fact that this runs all the way through to the very fabric of our outdoor advertising with SmartSkins adds an additional dimension to the campaign that makes it even more compelling and upholds what Australian Ethical is all about.”

Once the campaign, which is running across locations in NSW & VIC, is finished the billboard skin and mounting ropes used for the install will be sent to Integrated Recycling in Victoria where it will be repurposed into products that are comparable substitutes for premium hardwood products.

oOh!’s Chief Executive Brendon Cook said the company had continually invested in ways to enhance its sustainability practices to reduce its footprint.

“We use the most efficient lighting to light up our billboards and have where possible been repurposing our PVC billboard skins for use as shelter and general-purpose aid following the natural disasters and reutilising them in other ways,” he said.

“The launch of SmartSkins is a further step that we are proud to be taking in our commitment to sustainability,” he added.