MOMS executed the campaign in Delhi & Mumbai, using both traditional and digital formats 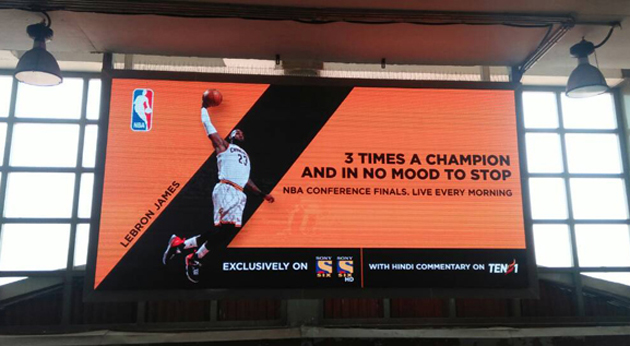 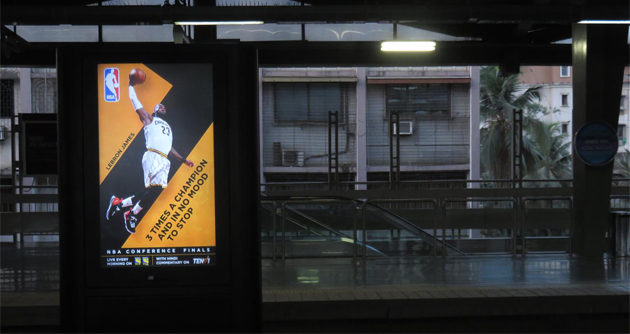 The National Basketball Association (NBA) launched a big marketing push in India to draw widespread attention to its globally known men’s basketball league in the US. The campaign, which was planned and executed by MOMS Outdoor Media Solutions in Mumbai and Delhi, was seen on high impact sites in the two cities. Digital screens at metro stations in Mumbai and Delhi, and corporate hubs in Gurgaon and premium bars and bubs in South Delhi made the campaign stand out. Apart from the English speaking TG who are basketball league fans, the intent was to create interest for the game among the Hindi speaking audience too.

“In India where cricket is followed as a religion, to accept and adopt basketball as a game is a big challenge. Hence, the primary objective was to promote basketball as a game and create awareness, increase the fan base and market the games during the most exciting time of the year with focus on conference final and finals. For this campaign, OOH has been one of leading mediums of communication as it delivers impact and reaches the right audiences at the right time frame.  The campaign was successfully executed through large format billboards in key catchment areas across Mumbai and Delhi along with extensive use of digital OOH at metro stations and corporate hubs. Contextual branding was carried out in digital screens at exclusive Bars & Pubs in Mumbai and Delhi”, he added.