Indian Outdoor Advertising Association (IOAA), in coordination with business chamber PHDCCI, has presented the draft guidelines for a National Policy on Outdoor Advertising to the Apex Committee on Atal Mission for Rejuvenation & Urban Transformation (AMRUT). The meeting was held in the presence of Additional Secretary, Union Ministry of Urban Development 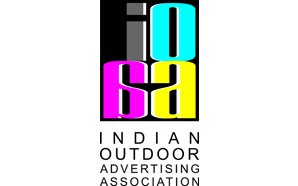 The long-awaited National Policy on Outdoor Advertising is seemingly closer to becoming a reality. Last week, Indian Outdoor Advertising Association (IOAA), in coordination with business chamber PHDCCI, presented the draft guidelines for a National Policy on Outdoor Advertising to the Apex Committee on Atal Mission for Rejuvenation & Urban Transformation (AMRUT).  IOAA had submitted the guidelines with the Additional Secretary, Union Ministry of Urban Development, in mid-2016, and the guidelines were subsequently shared with the state governments and Union Territories. The meeting has the participation of 12 States and UTs.

Under AMRUT, outdoor advertising is viewed as a revenue source for civic infrastructure development, urban beautification and aesthetics, as well as a powerful media for public communication on a cost-neutral and revenue-positive basis. The Union Urban Development Ministry had therefore laid particular emphasis on ushering in uniform guidelines for effective regulation of the outdoor advertising business.

The guidelines have called for:

IOAA informs Media4Growth that the Additional Secretary, while introducing the Guidelines to the National Policy on Outdoor Advertising, pointed out that all states and large cities had been advised to implement the principles if not the whole policy itself – where no regulations exist currently. The emphasis and focus has now shifted to implementation and not simply having a policy.

Following the presentation, most of the states agreed to study the guidelines and implement the key recommendations. They also sought the support of IOAA in ensuring that the outdoor media companies complied with the norms laid down for the allocated sites including public facilities like bus shelters and public conveniences.

The Additional Secretary instructed IOAA to connect with the urban development ministries of the state governments as well as municipal corporations for the implementation of the guidelines.