The third in the series of the International Advertising Association (IAA) India Chapter's industry-defining debates hosted in Gurgaon recently presented by the Dainik Bhaskar Group revolved around the motion: 'Creative awards can also be given for differentiated one-off expressions'

Speaking for the motion were Josy Paul, Chairman and Chief Creative Officer, BBDO India, and Pratap Bose, Chief Operating Officer, DDB Mudra Group. On the other side speaking against it were Deepika Warrier, Vice-President - Beverage Marketing, Pepsico India, and Lloyd Mathias, Director, Green Bean Ventures. The debate was moderated by Santosh Desai, MD and CEO, Future Brands. Give in these pages are the excerpts from the speakers' talks. 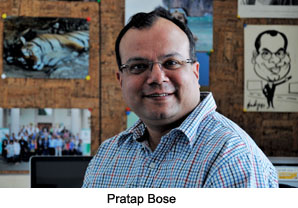 This is a no brainer; the subject in itself is condescending, at least for creative folks like us. Creativity is the sole of everything we do. The media landscape is changing; and it is not about social media or crowd sourcing or digital, the new media is about people. And if I like something which is a creative expression on art, I will forward it to my friends and I'like' it and I share it, it is something that resonates with me. You would have a million conversations about the Kumbh Mela Chapatis campaign by Lifebouy. It was a great creative idea from Ogilvy, but if you really think about it, it doesn't change the proposition of health and hygiene from Lifebuoy in anyway, it is the same thing, it is just a one off expression that stays with the true brand proposition, but it is highly creative.  If I take two examples from my agency- DDB Mudra, we did the silent anthem about 3 years ago which was a one-off expression too. We also know the Cadbury cricket dancing commercial. Now I can tell you that that was a flash from Mr. Piyush Pandey.  He wrote it at the back of an envelope and didn't think that the idea would change the category, it was just a belief that it was going to become big and change the category which it did. Creative idea once conceived may not guarantee success. But at the end of the day, if it is a great creative idea, then you must respect it. 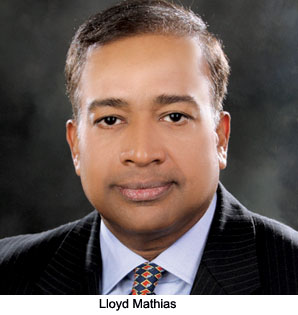 'It is just a short cut to recognition'
Lloyd Mathias, Director -- GreenBean Ventures

The core of what advertising is meant to do is to move product and build brand equity and I think we have to really re-look at the entire proposition, advertising is not about art for art's sake, and it doesn't exist in a vacuum. The basic purpose of advertising is really to go and sell more products. What is it about creative awards that drive both marketers and agencies? Well, awards help agencies showcase their creativity and in turn get more business.

And I think the moment you start giving creative awards for one-offs, you are actually encouraging shortcuts and lazy advertising which is good for the showcase, but may be not for the shop shelf. Advertising is not about art, it is purely a commercial proposition. It needs to drive product sales, it needs to build the balance between commerce and creativity, build brand equity and drive the product. Therefore my point is doing one-offs is sometime a shortcut and lazy way towards getting awards and that is the reason I think it should not exist. 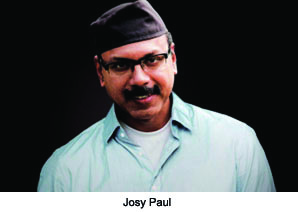 'It is the seed of creation'
Josy Paul, Chairman & chief creative officer, BBDO India- FOR

I was a non-believer; I actually thought that one-offs are just created for awards. Then one day something happened. I met Steve Jobs (sort of), he showed a one-off ad that he had done for APPLE, it was called 1984, it was an ad that ran only for once and kind of created a cult.  It made APPLE what it is today and built a sort of counter-culture and made me think about WOW one-off. Then I also heard about the Dove campaign for Real Beauty which was a one-off. One-offs suddenly started springing new surprises. I was told about this amazing song that someone wrote in the 70s for a soft drink which was done only for Christmas Day and then for a decade it lasted because it was a song for a nation trying to fight its own battles. I realized I had to be a little less judgmental about one offs. Sometimes it is the little one-off incidents that trigger large movements. I thought about creation and how takes only one seed to create something and I realized one-offs have their role. I am here to make a promise that I will treat every one-off as an R&D laboratory, give it space and time to grow and if it dies, it was never meant to be, but never reject because it came walking and alone. Someone is trying to find a new truth and give him a chance. We may award them or not award them, but we can't ignore them. 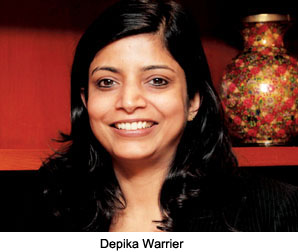 I think recognition is important and I think recognition comes from the awards. But the million dollar question is what should be recognized. I think as a fraternity we are spending valuable time and energy in recognizing great brand building, and when I am saying brands it is not CPG or FMCG brands, I mean brands could be people or events too. I think we should be recognizing work that delivers sustained impact which could be in terms of equity, long or short term sales, or something which engages the consumer's attention, captures their imagination and inspires them. My request to the advertising fraternity is: Let's not forget the reason why we advertise. Advertisement is being created to communicate the emotional and functional benefits of brands in a context which builds the cultural authority or persuasiveness and in a sustained manner. Advertising is definitely not supposed to mesmerize. Sometimes it can become a little self indulgent in terms of its story telling with some disruptive ideas which shocks the consumers. But while one-offs are great, let's wait for them to flower.