With a duration of five years, the contract involves different media formats in skywalks connecting through four routes of Mumbai. 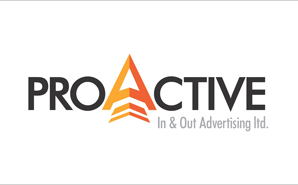 Proactive In and Out Advertising, a Mumbai based media owner firm has won the tender of Skywalks which has been recently developed and tendered for the first time. This tender includes different formats available throughout the passages like gantries, pillars and etc. both inside and outside the skywalks.

These skywalks connect through four routes of the city i.e. Central line, Western line, Harbor line and Satellite towns (Western), where the duration of the contract is for five years. Each skywalk is estimated to be used by approximately two lakhs commuters' everyday, which makes it one of the best properties having such wide footfall. Apart from this, the display deployed outside the skywalks will be viewed by around one lakh passersby.

The media owner company is planning to make some attractive plans, not only to entice the advertisers but also to convince the commuters to utilize the skywalks passage to walk through.  This would include some interesting ideas to attract the commuters such as free coupons or attractive offers which will be distributed amongst the skywalk commuters. A social message will be spread across the daily commuters to make more use of the skywalks for their safety and to avoid traffic and accidents.

Tags : Proactive In and Out Advertising Skywalks
Advertisement