After being shelved at a draft-stage, OAP 2015 was finally been passed on January 12, 2016 and it will be implemented in future tendering process invited by the Municipal Corporation of Delhi (MCD) including three independent bodies (SDMC, NDMC and EDMC). After OAP 2007 that has been followed so far, the new policy will focus on controlling unauthorised hoardings and beautification of the city along with expansion in revenue generation. 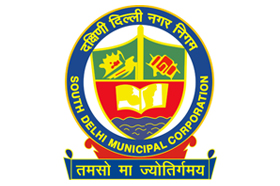 Post the recent legal unrest regarding unauthorised outdoor media in Delhi, Municipal Corporation of Delhi has finally come up with OAP 2015 and the new policy will be implemented on all future tendering process. The new policy has attempted to fill the lacuna of OAP 2007 which was being followed so far.

The new policy, focusing on controlling illegal media and maintaining aesthetics of the city, will work towards systematic installations of unipoles in the city and it has banned wall wraps other than malls and cinema halls. Mukesh Yadav, Director - Press and Publicity, South Delhi Municipal Corporation, said, "Looking at the current outdoor media scenario of the city, we look at arresting a few issues through the new policy like mushrooming wall wraps, unauthorised unipoles, absence of cooperation between agencies and overall hampering of beautification of the city.â€ 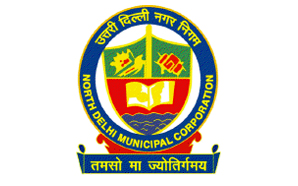 According to the policy note, the policy is designed that outdoor advertising is not hazardous to road safety. It will assume that there is a significant correlation between road safety and distraction because of roadside billboards visible to drivers. Large-sized billboards will only be allowed if they maintain significant distances from traffic junctions and intersections. The new policy has also worked on significant spaces between billboards and banned billboards on pedestrians' walkways. "If you look at any big Indian city, they are completing infrastructural development. Delhi is no exception specially with DMRC's route extension etc. In such a scenario, maintaining aesthetics of a city may seem to be a challenge along with doing fair business. But we, the authorities and stakeholders should work towards that,â€ added Yadav.

Talking on the new OAP 2015, Sunil Vasudeva, President, DOAA and Head of Pioneer Outdoor Advertizing, commented, "What MCD has come up is yet to get confirmation from the Delhi Government. The new policy is subjected to Delhi Government's approval. The state Government can do changes and modifications too. How come they pass their draft without the gazette notification?â€

Reacting to the new policy, Ajay Gupta, Secretary, Delhi Outdoor Advertising Association (DOAA) said, "DOAA already challenged the 2007 policy and 2015 policy will also be challenged if it fails to be recognised as a bylaw. For example, we condemn a policy that bans wall wraps on commercial building but allows mall wraps. Isn't it a policy to make the rich richer?â€