In a classic example of the medium being the message, Thjnk, a German agency, has developed an intelligent and ground-breaking billboard for IKEA which drives home the need to innovate in order to beat the problem of space constraint. Outdoor Asia gives you the details. 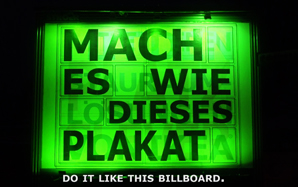 Space has always been one of the core issues with the OOH medium. However, Thjnk, an agency based out of Germany, beats this constraint intelligently and sends out three different messages from a single hoarding.  The agency created an OOH campaign for its prominent client, Swedish furniture brand IKEA. The campaign was titled'The RGB Billboard' where a billboard showcased three different messages from the same brand with the use of three different lights.  The brand desired to showcase that they specializes in wares that can fit in tight spaces which the new billboard smartly highlights. The campaign was visible at Hamburg, Germany, for a couple of weeks.

The idea behind the innovation was to depict that when you have limited space, you need to come up with clever solutions. And this holds true not only in advertising but also in the context of interior decoration. The billboard displayed three different messages in Sweden depending on which bulb was lit. "Do it like this billboard,â€ reads one, followed by: "Make good use of your spaceâ€ and "with small-space solutions from IKEA.â€ 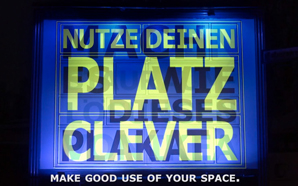 The innovation was executed by a low-tech solution to fit multiple messages on one, small surface: red, green and blue (RGB for short). If the billboard is illuminated by green light, only the text printed in magenta is readable, while the blue-purple light makes yellow visible and the red light reveals blue. This is how it turns nine mÂ² into 27 mÂ² and one billboard into more than just one billboard.

The biggest challenge for the agency was of course to come up with a concept note which is almost as clever as the small-space storing solutions from IKEA. The next big challenge was to really make it happen and execute the idea in the way we see it now. For instance it was a long fight to find the exact matching colours and lamps to evoke the effect they wanted to achieve.

"Everything big is based on a free thought'Our work. The IKEA RGB Billboard' illustrates what we mean by our motto in a playful way. Because no matter how little space there might be or how many limitations, we believe, there is always a solution. Our job is to find them for our clients,â€ comments a Thjnk spokesperson, summing up the creative essence of the whole campaign.