Dentsu India elevates Indrajeet Mookherjee to the role of President

Erstwhile Executive Vice President, Indrajeet has been promoted to the role of President with an immediate, effective and he will continue to report into Simi Sabhaney, CEO, Dentsu India

Dentsu India, the brand solutions agency from the house of Dentsu Aegis Network (DAN), has promoted Indrajeet Mookherjee, erstwhile Executive Vice President, to the role of President, effective immediately. He will continue to report into Simi Sabhaney, CEO, Dentsu India. 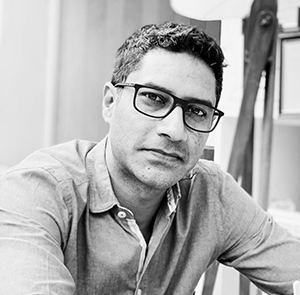 Under the fresh mandate, Indrajeet will lead the agency’s flagship businesses that include Toyota and ITC Foods. He will also take charge of the agency’s Chennai and Kochi offices that service numerous prestigious brands such as MRF, TVS Housing, Waycool, Jos Alukkas and Geojit, as part of their client roster.

Armed with two decades of experience across some of the leading communication networks in India and Indonesia, Indrajeet has worked with significant marquee brands such as Unilever, Nestle, Mondelez, Apple, Himalaya Herbal and AB InBev. He joined Dentsu India as Executive Vice President in 2016. Prior to that, Indrajeet was Managing Director at Soho Square, Indonesia, a part of the Ogilvy Group.

Commenting on Indrajeet's appointment, Simi Sabhaney said, “Indrajeet is one of our finest managers who leads from the front, a mentor to many and a true partner to clients alike. In the many years I have known him, his ‘never-say-die attitude’ and passion to win has been a driving force for his team. Equally adept at ‘farming’ and donning the ‘hunting’ hat, he has led and consolidated significant new business wins for the agency. I believe, in his new role, Indrajeet will take the agency to greater heights.”

Speaking on his new role, Indrajeet Mookherjee added, “The last four years at Dentsu India have been career defining in ways I had never imagined. And now we are faced with a new normal where we will see a paradigm shift in the way brands present themselves. It is in times like these when being effective, intuitive and most importantly, demonstrating true partnership with our clients, will be the marker in defining client-agency relationships and I hope to play my part in it.”