Global OOH advertising revenues, including digital and traditional OOH media, grew 6.2% to $49.23 billion in 2016, as consumer time spent with OOH media increased 1.5% to 66 minutes per week, according to new research from US-based PQ Media 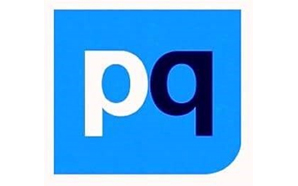 Global out-of-home (OOH) advertising revenues, including all traditional, digital and ambient media platforms, grew an estimated 6.2% to $49.23 billion in 2016, the fastest growth rate in nine years, according to new research from PQ Media. Key growth drivers included the rise in real-time information via digital signage during the Summer Olympics, which led to higher consumer engagement with OOH media, as well as the strength of traditional OOH, particularly in transit locations, as brands sought to reach on-the-go consumers with media void of ad-skipping technology.

Meanwhile, consumer exposure to OOH media grew 1.5% worldwide to nearly 66 minutes on average per week, driven by more consumer viewing of content related to the Olympics, coverage of the fierce US presidential campaign, and new content partnerships and expanded OOH media footprints across various types of airports and rail systems, according to PQ Media’s Global Out-of-Home Media Forecast 2017. In comparison, global OOH ad revenues grew at a slower 5.4% in 2015, while consumer exposure to OOH increased at the same 1.5% rate, driven by a rebound in cinema advertising and continued strength in the healthcare and transit verticals.

“Our research shows that OOH media is one of the fastest-growing ad-supported media in both operator revenues and consumer exposure time, compared with decelerating growth among many traditional media platforms, particularly print,” said PQ Media President & CEO Patrick Quinn. “With consumers increasingly accessing media outside their homes and the rise of ad-skipping and ad-blocking technologies, brands are increasingly turning to OOH media to engage target consumers near the point of decision.”

The five largest global OOH media companies – JCDecaux, Clear Channel Outdoor, Outfront Media, Lamar, and Focus Media – were the only OOH operators to exceed $1 billion in revenues in 2015 and 2016, with Stroer and Exterion Media the only others to surpass $500 million. Nine other global OOH operators generated revenues of more than $100 million, resulting in the Top 15 operators accounting for about 30% of worldwide OOH ad revenues.

The United States is the largest market in all aspects of the OOH industry – total revenues, T&A OOH, and DOOH, as overall revenues reached almost $9 billion in 2015, with China and Japan both exceeding $7 billion. Australia was the market leader in overall and DOOH ad revenue growth, rising more than 15% in total revenues in 2015, according to PQ Media’s Global Out-of-Home Media Forecast 2017. Brazil, Argentina and the UK all posted double-digit gains during for the year, while Brazil was also the fastest-growing traditional & ambient OOH market in 2015.

Brazil’s strong growth can be directly tied to an increase in its OOH footprint in its anticipation of hosting the 2016 Summer Olympics. However, other nearby Latin American nations also exhibited a major uptick in OOH revenues, mirroring the 2014 trend during the FIFA World Cup. DOOH, for example, in transit locations were often used to provide commuters with real-time updated results from the events in many global markets.

In addition, transit was the hottest location category due to many nations upgrading airport terminals, deploying digital signage on rail systems for the first time, and expanding taxi-cab networks in major cities. Transit locations are also less encumbered by government regulations that are impacting the roadside static and digital billboard industries amid clutter and light pollution complaints from politicians. As result of the growing DOOH and transit OOH networks, consumer time spent with OOH media increased for the fourth consecutive year in 2015 and was pacing for similar growth through 3Q16.

“Macro trends, such as consumers spending more time outside their homes and gradual improvement in the US and global economies, should help brands open more media-mix models for inclusion of OOH ad media going forward,” Quinn said. “Healthcare, transit and entertainment ad networks stand to gain the most from these trends.”