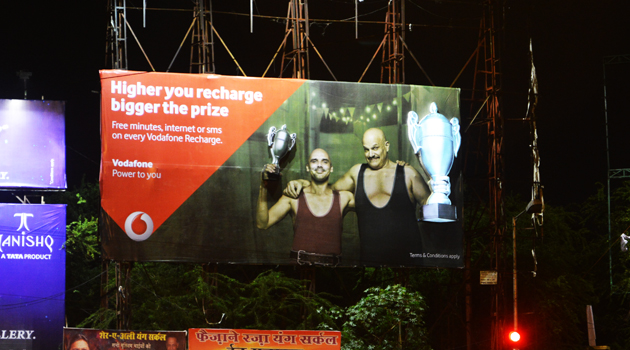 Vodafone in association with Kinetic Worldwide India rolled out an innovative out of home campaign titled Prepaid Voice Promo. The objective was to communicate Vodafone's new offering and in the process activate the dormant subscribers and upscale the ticket (recharge) value per recharge. With an aim to create a quick ramp-up of high penetration, awareness campaign for the promotion among the Vodafone users, the brand utilised OOH medium with integrated on-ground activities to tap 16-35 years, SEC B & C Vodafone prepaid users pan India. The one-month campaign was deployed on a mix of high impact and high reach media like billboards, bus shelters and station media to garner maximum number of eye-balls.

"Pre-paid consumers are key for Vodafone and the campaign was aimed at increasing the frequency of recharge and ticket value. The outdoor communication was augmented with several innovations which became talk of the town,â€ said Ronita Mitra, Senior Vice-President, Brand and Consumer Insights, Vodafone India. 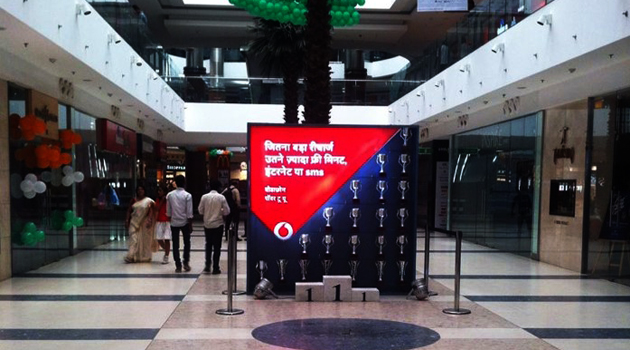 Various innovations were designed to communicate the message in different cities. In Mumbai, two mobile vans were used to create a larger-than-life installation of hundreds of actual trophies on the entire billboard of two vans to convey the brand communication of'everybody wins'. To supplement this billboard innovation and to establish an immediate connect with the TVC, two boxers were put into action atop the mobile van platform. They kept enacting boxing punches when the cross-roads saw huge traffic flow. Also, to communicate the other brand proposition of "Higher the recharge, Bigger the prizeâ€ two stilt walkers, of two different heights carrying placards with the brand communication, were pressed into action at Nirmal Lifestyle, Mulund. They signified different levels of recharge options. The stilt walkers interacted with the crowd and offered photo opportunities with them. 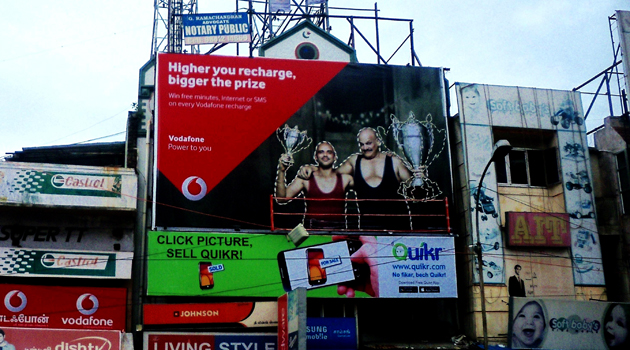 "The campaign was designed keeping in mind the target audience & a mix of media was taken to reach the TG in the most cost-effective manner. Innovations are key to this campaign and we have tried to replicate the concept of "everybody winsâ€ and "bigger the value of the recharge, bigger the benefitâ€ in these innovations be it the trophies or the boxing arena,â€ said Amit Sarkar, Chief Operating Officer, Kinetic.