In association with Apex Integrated Marketing agency, Sahara Q Shop executed a 3D campaign to highlight their recent venture into Consumer Durables & Kitchen Appliances. The campaign was visible in 52 cities across West, North & East. Outdoor Asia digs into the facts of the campaign. 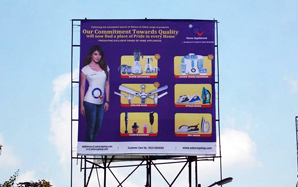 Sahara Q Shop, a retail brand from Sahara group, has forayed into the Consumer Durables & Kitchen Appliances segment and also achieved the milestone of launching 800 Q Shops across the country. With the objective of capturing the consumer's attention towards their wide array of high quality products, the brand planned to create a buzz through an OOH campaign showcasing their multi-products. The campaign has been spread across 52 cities in the North, West & Eastern parts of India. Apex Integrated Marketing, the marketing specialist agency, handled the OOH duties of the campaign.

The campaign showcases in an innovative 3D manner, the range of products recently launched, from grinders and juicers to dry irons, steam irons, ceiling fans, thermo ware, cookware, consumer electronics etc.  The purpose of introducing the 3D design was to have a clutter breaking, stand-out campaign grabbing maximum attention in tier 2 and 3 towns which also ensures that the brand derives immense value out of it in the most cost effective way. 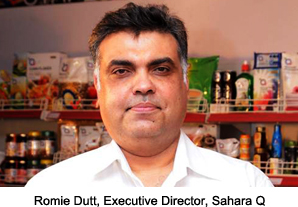 The highlight was the 3D dimension effect which gives a feel of having the product placed in real shelves and which attracted a lot of eyeballs. Romie Dutt, Executive Director, Sahara Q Shop explains speaking about the campaign, "Sahara Q Shop within a short span of time has created a benchmark by bringing more than 384 SKUs' into the market, Consumer Durables and Kitchen Appliances being the newest addition this season. We launched another 100 stores on Prerna Diwas (10th June 2013) making the total store count of 800 Q Shops across the country, within a period of less than one year. Another milestone was created with the launch of Kitchen and Home Appliances category by Our Chief Guardian Hou'able Saharasri Ji on Prerna Diwas 10th June 2013.â€

During the media planning, the brief concentrated on acquiring clear impactful sites ensuring maximum eyeballs to educate the consumers about the launch. Billboards at strategic locations like important junctions, outside malls and important roads were taken in to consideration. Main markets and high traffic roads were the touch points primarily chosen for the campaign to create the necessary buzz and target the discerning consumer during the festive period. 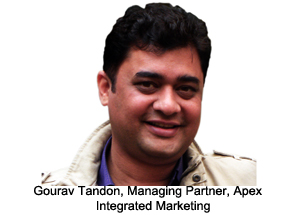 Commenting on the campaign, Gourav Tandon, Managing Partner, Apex Integrated Marketing says, "We have been associated with the Sahara Q shop division for quite some time now in the OOH and retail identity domain and it has always been our endeavor to put the best foot forward for all their communication requirements. We have also tried to play an integral part in the creative development process through our in-house design cell and have developed 3D elements in order to highlight the multiple product range.â€

The biggest issue was to execute the campaign simultaneously all across 52 towns. Therefore, the geography was a major challenge as the sites were taken in the interiors of the towns to ensure reach. Additionally, some innovations involving dynamic movement were executed in Delhi, Lucknow and Mumbai. To execute the innovation in a short campaign turned out to be a challenging task as the turnaround time was fairly short. However, with adequate optimization of our resources, the agency was able to execute the innovation well in time and enhance the campaign visibility. 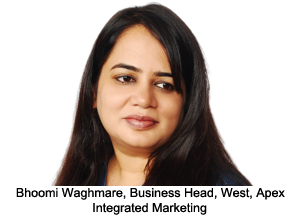