The 360 degree campaign by Dollar Bigboss aims to inspire every Indian to vote responsibly. 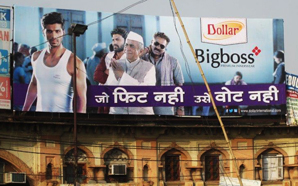 With the election fever increasing day-by-day Dollar Industries Ltd. launched a nationwide campaign 'India Ka Bigboss 2014' to encourage electorates for the General Election 2014 about the importance of participatory democracy - focusing on Responsible Voting. The campaign aims to address 79 crores of eligible voters and set an unprecedented amount of excitement within the mass. The 360 degree campaign includes various media formats like TVC, Print, OOH, outdoor activations and digital platforms. The outdoor campaign has been executed in 39 cities which include Metro cities as well as Tier I and Tier II cities with around 400 units. The campaign has two phases, first phase was to cash on the tag line "Chuno India ka BigBossâ€ to create a sense of responsibility & ownership in today's youth and the second phase says "Jo Fit nahi usey Vote nahiâ€.

For communicating the message a varied media mix has been used in OOH. This includes large facades at high-traffic zones, apart from walls painting in remote areas. In Mumbai, Dollar took hundred bus shelters to communicate with the TG. The OOH campaign has been executed by Mediascope Publicitas I Pvt Ltd. which covered 39 cities and OAP which covered the entire city of Kolkata. The campaign will run for 45 days till the election is over. 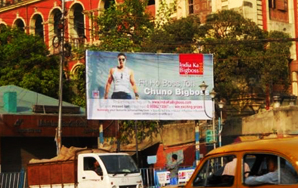 To make it more appealing Dollar Industries flagged off the Tableau of "Chuno India Ka Bigboss 2014" in Kolkata, Bhopal, Patna, Lucknow, Jaipur & Ahmedabad. This innovation is a part of the whole campaign where one can choose their favourite personality from various categories like Music, Business, Sports or Politics, and nominate India Ka Bigboss 2014. The specially designed tableaus carrying online voting facilities would travel across the country covering major cities. The mobile car or the Canter is equipped with facilities for offline voting. The prime idea behind having the tableau was to generate interest about voting among the youth of the country to build a better India. Vinod Gupta, Managing Director, Dollar Industries Limited shares in this regard, "Bigboss is someone who can influence your life in some way or the other, directly or indirectly, no matter who you are. BigBoss is a personality who can inspire millions of Indians to achieve greater heights in the fields of Sports, Films, Music, Politics and Business. BigBoss is a highly capable person who will take India forward in her march towards becoming a true Global Super Power. Hence we decided to introduce a pre poll voting exercise to choose our India Ka BigBoss. This is an online campaign where every citizen of the country can participate and voteâ€. 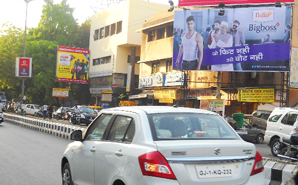 In terms of preparing the content for the outdoor, it is an extension of the TVC as the brand wanted instant recall of their message for which a parity has been maintained."India being the largest democracy of the world our target is to motivate the youth so that they cast their vote and exercise this democratic right to build a better nation. Through the campaign we informed and requested them to come and participate in selecting India ka BigBoss and the outdoor media played a vital role among the media mix in creating the recall and OOH being a 3 second media we kept the message short. Through OOH formats we said that participating in the India Ka BigBoss 2014 is simple. You need to log on to or visit the Dollar Facebook page www.facebook.com/dollarinternational, create an account by registering your Email ID/FB Account and nominate your favourite candidates in all the categories. One can also participate by giving missed call at 09555213567. The personality who receives the maximum nominations in each category will be declared India Ka Bigboss 2014. Our aim especially is to hit the eyeballs of the first time voters who are the future of our nation as they have the voting right,â€ shares Bidyut Nath, Head - Advertising & Corporate Commuincations Dollar Industries Ltd.

Roger Carruthers, Associate VP East - Mediascope Publicitas I Pvt Ltd. shares, "Rather than looking at formats, we looked at the medium which would deliver reach effectively and attain frequency without any glitches. As as our industry is such that any particular OOH media will never generate high visibility unless we tailor-make it to city specific OOH media. This was a challenge. Hence, we have selected each media minutely for every city which has high OTS and leverage ROI. Another secondary task was to have the campaign running live in 39 cities without any glitches during the pre election dates as we have witnessed high level of unavoidable circumstances during the period and we have successfully accomplished the task. We thank our media partners for trusting in us and helping us in delivering a high and effective campaign over night.â€