Hindustan Times organized a Leadership Summit in the capital recently and the print media brand explored various OOH formats to generate buzz about the event. 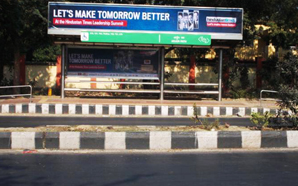 Hindustan Times executed its ninth edition of Leadership Summit in New Delhi recently and to create enough buzz about the conference, the brand utilized the OOH medium through a variety of formats. The brand's objective was to bring a fresh perspective on critical issues impacting the future of governance, economic growth, education, cinema, and more. Thus the campaign was very rightly positioned as,'Let's make tomorrow better' and it was carried out at all key junctions and arterial roads across Delhi/NCR. DDB MudraMax supported Hindustan Times in developing this campaign.


In keeping with HT's targeting objective, DDB MudraMax looked for iconic installations, with minimal wastage. High impact sites at relevant locations have been chosen for the outdoor campaign.

Apart from the conventional media such as billboards, BQS, Public Utility, the OOH campaign also focused heavily on ambient media and had its presence at the corporate towers of Gurgaon, Cyber City area, in addition to the traditional street media for impact. The Gurgaon corporate hub was covered through frequency builders like lift branding, cafeterias scrollers etc. 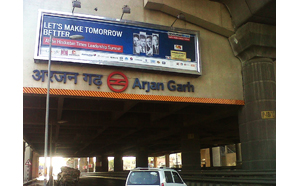 The challenge for the agency was to showcase Hindustan Times as a brand that creates awareness among its readers, listens to the people, takes up public issues and undertakes initiatives such as the Leadership Summit that encourage change triggering debates. Sanjoy Narayan, Editor in Chief, Hindustan Times said, speaking on what the newspaper brand stands for, "In modern India, change is constant. In the last two decades, it is said, India has changed a lot. So has the world around us. The changes that India faces are, thus, on several fronts - some domestic, others global. And all of these changes throw up for India, the challenge of keeping pace with them.â€

Mandeep Malhotra, President, DDB MudraMax-OOH, Retail & Experiential said, talking about the campaign, "We are proud to be associated with Hindustan Times for leading a powerful forum which is a unique congregation of leaders and opinion makers of global stature, raising the bar of discussion on critical world issues. By this mega act, HT has indeed shown its intent to make a difference in a changing world.â€

Subhashish Sarkar, Senior Vice President, DDB MudraMax-OOH, further added, "The objective of the OOH campaign for the ninth Hindustan Times Leadership Summit, was to highlight and remind readers and informed citizens alike of this year's event and high-profile participants. At the same time, the challenge was to maintain the exclusivity of the forum and not have the brand-image'diluted' through casually selected media. The executed campaign bears this out in plenty.â€