ABP News leveraged the Lok Sabha Elections to reach out to their audiences and encourage them to form informed political opinions prior to voting. The campaign states,'Kahin bhi apni rajneetik raye na banaye, Sahi rajneetik raye banane ke liye dekhiye ABP News' ('don't form your political opinion anywhere; make your opinion after watching ABP channel'). A 360 degree campaign was executed across all mediums including the OOH medium and on-ground platforms. The campaign was rolled out in Uttar Pradesh, Delhi, Patna and Kolkata for a duration of eight weeks. The OOH duties of the campaign were handled by Milestone Brandcom.

The channel had been airing election-related programmes for a year, such as,'Pradhanmantri','7 Race Course Road','Ground Zero','Kaun Banega Pradhanmantri','Nukad Behas' etc. to enrich their viewers with political knowledge and empower them in making the right decisions. This campaign showcased the channel as being a provider of correct and factual reports. The campaign communication was built around the tagline:'ABP apko rakhe aage' ('ABP keeps you head'). 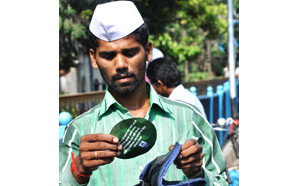 "The communication strategy was to bring alive the whole brand proposition which is that we are the only channel which talks from the consumer's perspective. We show news which keeps you ahead in life. Therefore, the whole campaign says we will help you in forming the right opinion which is going to help you in taking the right decision at the time of voting. Election is the biggest occasion in India, besides cricket and politics and is something on which everyone has a point of view. But obviously, those opinions are not necessarily based on the correct perspective. We, therefore, highlighted two aspects in our communication: First is'Kahin bhi apni rajneetik raye na banaye', which means,'Don't make your political opinion anywhere and everywhere.' We have seen that people in the Hindi heartland discus politics everywhere, whether it is at a pan-shop, a canteen or a bus stop. Secondly, we are saying,'ABP news dekh ke apni rajneetik raye banaye' ('Form a political opinion after watching ABP news'),â€ said Vikas Singh, Marketing Manager, ABP Group.

Nabendu Bhattacharyya, Managing Director, Milestone Brandcom said, "This was a very significant project for us as we were amidst the biggest political event of our country and ABP News is a prestigious media house known for its honest and comprehensive coverage of news. We utilized all media resources to create an expansive campaign to reach out to people across barriers and have used some very unconventional tools to do so such as setting up tea stalls and inserting leaflets in tiffins delivered by Dabbawallas.â€ 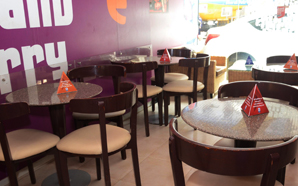 The channel treated the OOH medium much more than a reminder medium. The medium was allotted 30% of the entire budget, the second highest after TV. "It works as an integral medium for us.  LC1 markets have become very important now and with digitising the consumer has the power to select which channel to watch. Also, in small towns, TV penetration is still very less. Therefore, outdoor plays an important role,â€ articulated Singh.

Overall, 900 sites were acquired in the OOH space for the entire campaign. The channel preferred large sized hoardings to send out the message loud and clear and at high-traffic locations such as bus stands, railway stations and small towns. It also strategically targeted cities and towns based on their significance and depending on the political impression that was needed to be created there.

"The campaign was very strategically designed. We planned out the locations and areas of different cities and towns which were Hindi-belt regions and then plastered those places, which gave the higher impact and helped us in reaching out to the correct audience. At a few other places such as Patna and Varanasi, we made cluster branding where the campaign was visible from all sides of the roads,â€ explained Bhattacharyya.

The channel also utilised the on-ground platform by taking an innovative approach in specific locations. The channel zeroed in on places where people gather, particularly in cities and small towns, and targeted those places in a differential manner.

Additionally, to leave a higher impact, the campaign message was tweaked based on the location and the audience. Some of the key on-ground initiatives were:

â€¢ Teacup Branding: Tea, an iconic drink in India, became very important in this election. The channel took it as an opportunity to convey a message. Tea cups were branded with the message,'Chai pete pete apni rajneetik raye na banaye, sahi rajneetik raye banana ke liye dekhiye ABP news', to further drive home the importance of watching the ABP channel. In 15,000 tea stalls in around 200 cities in UP, Mumbai and Delhi danglers and posters were put up asserting the campaign and not to form a political opinion while drinking tea. Around 25 lakh tea cups branded with the same message were distributed at these stalls. This was an attempt to cover the highly promoted concept of politicians having chai with the public during these elections. Also, posters were pasted at those tea stalls communicating the message'Yahan rajeentik raye banana mana hai, sahi rajneetik raye banana ke liye dekhiye ABP news'.

â€¢ Railway Station Announcements: The channel chose railway stations as a strategic location and ran relevant announcements.
â€¢ Dabbawalas: The channel took the support of Mumbai's biggest group, the Dabbawalas, and inserted leaflets inside the lunchboxes with their communication. The message reached 3 lakh people.

â€¢ Society Parks: In these much familiar hubs of Delhi, park benches were acquired and branded with messages targeting morning walkers of the city.

â€¢ Transit Mode: To reach the interiors of UP, a van activity was organised in 125 cities which interacted with the audiences.

The idea behind optimising the strengths of on-ground was to support the OOH medium. "Just putting up hoardings becomes a very static medium and it can also become a blind spot. But if you are able to engage with the audience beyond mall activation, then you will definitely get a winning idea. If they crunch with the idea and the activation is done well, you could possibly get a much more'wow' factor and big word of mouth publicity,â€ said Singh.

Given that it was election time, it was challenging to occupy the best sites. However, the agency planned out and booked the sites in advance. Also, weather conditions like high velocity wind created problems. But with tight monitoring, the damaged displays were rectified on an immediate basis, which ensured smooth visibility.
Tags : ABP News Vikas Singh Milestone Brandcom Nabendu Bhattacharyya
Advertisement