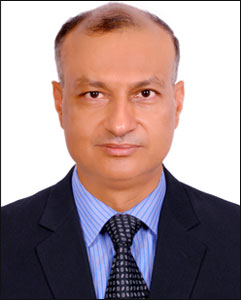 OOH opportunities in the railway station space are expected to increase manifold in the wake of Government of India’s thrust on the development of key railway stations across the country. The Indian Railway Stations Development Corporation (IRSDC), under the leadership of its Managing Director & CEO Sanjeev Kumar Lohia will be redeveloping as many as 600 railway stations in the coming years.

Against this backdrop, Sanjeev Kumar Lohia will be addressing the 14th Outdoor Advertising Convention (OAC) – to be held at the Renaissance Mumbai Convention Centre Hotel, Powai, Mumbai during July 27-28, 2018 – on “What’s in store for OOH at ultra-modern railway stations’.

S K Lohia (IRSE-1987) has more than 29 years of experience in the transport and urban development sectors, especially in urban, rail and bus based transportation systems. He is presently MD & CEO of the Indian Railway Stations Development Corporation (IRSDC) leading the world’s largest Transit Oriented Development (TOD) and PPP programme. He has successfully awarded the first PPP project and first EPC project of station redevelopment in the country.

While in the Ministry of Urban Development (MoUD), Government of India as Director and then an Officer on Special Duty (Urban Transport) and Ex-officio Joint Secretary, he was instrumental in evolving a National Urban Transport Policy drafting, working group reports for urban transport for two National Five-Year Plans as well as National Transport Development Policy Committee, introduction of metro rail systems in about 15 cities, transforming bus transport scene in India through pioneering bus rapid transit systems as well as introduction of modern city bus service, development of first ever urban bus specifications with all intelligent transport systems, driving various reforms in the field of urban transport, establishment of centres of excellence in urban transport, private financing and participation in the urban transport sector, structuring PPPs, development of TOD policy, comprehensive mobility planning of numerous cities and in evolving mechanisms to benchmark urban transport performance in India. He has served as Director in various metro rail corporations in India.

Lohia is a National Talent Search scholar from the Indian Institute of Technology (IIT-Delhi) with an MBA and a B.Tech. degree in civil engineering. He is also a prestigious Chevening Gurukul Leadership and Governance fellow 2014 in public policy from Kings College, London.