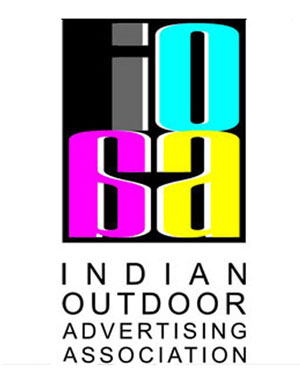 In the representations, IOAA has stated that “flex is the most commonly used, safe, and high-quality material for outdoor advertising”, whereas “solely on the basis of the Notification, the Bruhat Bengaluru Mahanagara Palike has also issued orders ‘banning’ flex for use in signage and advertisements”.

While IOAA is concerned with the rise in use of non-reusable and non-biodegradable plastics result in environmental degradation and hardship to human beings as well as animals, it was cited that many of IOAA’s members are gradually shifting to fabrics and other materials. However, a majority of the members of the IOAA use flex as the material on which outdoor advertisements are printed and displayed.

Moreover, it is pertinent to note that large printing flex is used for OOH advertising in Europe and other markets that are otherwise highly sensitive to environment-related matters.

The IOAA representation to the Karnataka Government officials also seeks to highlight the “scientifically established position that flex neither causes a serious environmental hazard, nor does it affect the health of human being and animals. Flex is not plastic, and plastic is not flex. Flex is materially different from ‘plastics’ as the term is generally used. A flex sheet usually has two layers of film sandwiched with fabric in between. The fabric is made up of polyester yarn which is not a pollutant and is not hazardous. The film is produced with Calcium Carbonate, Poly Vinyl Chloride (PVC) Resin, plasticiser like Dicotyl Phthalate (DOP) which are used in different quantities.”

It is stated that the raw material of the highest quantity used in the production of large format printing flex is Calcium Carbonate which is a grounded natural stone “which can never be treated as hazardous or pollutant, and on the contrary is used in essentials such as medical tablets. PVC Resin is used in a small extent in the making of flex and PVC Resin itself is classified as a non-hazardous material according to US and global standards”. Dicotyl Phthalate (DOP) is a plasticiser used all over the world to mix calcium carbonate with PVC Resin and widely used for medical and sanitary products such as blood bags and dialysis equipment.

The IOAA representation also makes a note of a judgement of National Green Tribunal, Chennai dated 13.01.2017 that said: “There is no chance of flex causing environmental hazards and the flex cannot be grouped with plastic carry bags and other plastic products which are produced and utilised on a large scale. Taking note of the fact that there is minimum content of plastic component in flex, apart from chemicals, it is for the State Government to consider whether flex can be exempted.”. The NGT judgement was in relation to a plea made by the Karnataka Association of Signage Industry, Bannerghatta Road, Bengaluru to the Tribunal challenging the inclusion of flex in the Forest, Ecology and Environment Secretariat Notification No. FEE 17 EPC 2012, Bangalore dated 11.03.2016.