Home » OOH News » In-stadia is where all the action is, thanks to IPL

In-stadia is where all the action is, thanks to IPL 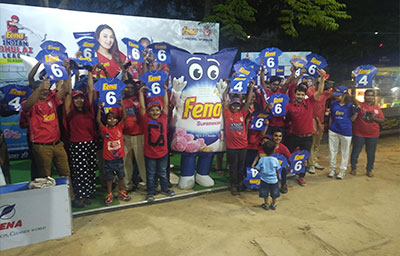 In-Stadia branding has emerged to be an engaging form of advertising, particularly during special sporting events. Given the investments that this IPL season is attracting, in-stadia branding is expanding, not only in terms of molaah but also in terms of variety of experiments. Brand TATA Harrier for instance is offering a first glance into their latest SUV model during the course of a game. The car is stationed at the stadiums and Dream 11 has created an in-match quiz for fans called the “Dream11 Game Changing Quiz”.

In fact this year’s IPL season has been slated to be bigger than ever right from the beginning, starting with the broadcast rights bid, which was bagged by Star India for Rs 16.347.5 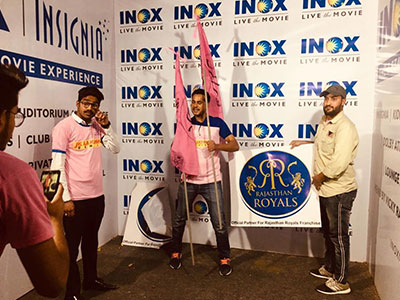 crore. The advertising revenue has also shot up by 50% and viewership increased by 30%, as per Star India stats. Consequently, the in-stadia spends are believed to have achieved some hikes in budgets among brands.

“The in-stadia branding spends starts from Rs 70-80 lakhs and go up till Rs 25 crore, depending upon the brands and their sponsorships. The budget is set according to the grandness of the visibility across the wide arena even on the jerseys. Among all sponsors, center sponsors like VIVO, Tata Harrier, Hotstar and etc. tend to allot significant amount of monies,” explains Joshey John, Director, ITW Consulting.

The grandness in this format is defined by the engagement it offers. “IPL has evolved as a format that offers a gamut of 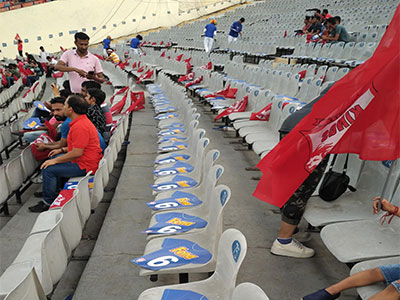 advertising opportunities to brands, especially when in addition to associating with the teams, the brands also connect with the players. And this is clearly demonstrated by the fact that there are brands which create special campaigns to be launched during this time. Moreover, this provides long-term association to brands which the marketers leverage throughout the year,” says John.

This year’s top spending categories during IPL are telecom & mobile handsets, e-commerce, automobiles and online gaming, to name a few.In-stadia branding is in fact bigger than any other format, and includes jersey branding, perimeter led display, stands branding and other ambient branding offered inside and outside the stadium. “In-Stadia branding is a significant part of the entire sports’ branding which the 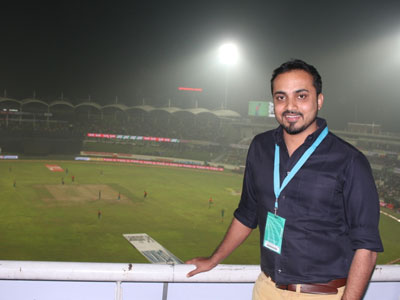 marketers can’t afford to miss as it caters to a large number of audiences i.e. TV viewers, even more than stadium audience, which is merely 30,000-50,000 per stadium. It adds recall factor for the sponsoring brand even when the game is on and beyond advertisement spots,” adds John.

In-stadia branding thus is isn’t restricted to stadiums, it is taken beyond by the brands. As John explains, “Each team plays 14 matches, which is when the sponsoring brand can create their identity. However to amplify their brand identity furthermore, the brands plan activities in a manner that involves a 360-degree amalgamated marketing plan. The in-stadium activations are also taken to social media. Therefore, the complete package provides them a bigger imagery display and engagement possibilities for the products & services.”

Well as long as cricket craze is here to stay, brands will continue to leverage the sport. Gemini Oil goes in for stadium branding at IPL