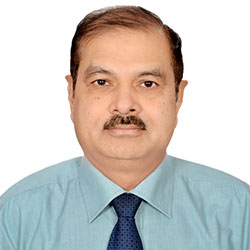 India's air passenger traffic is expected to grow six-fold to 1.1 billion and the number of operational airports will increase to around 200 in 2040, as per the ‘Vision 2024 for the Civil Aviation Industry in India’ report that was released by the Ministry of Civil Aviation, Government of India in January 2019. The ministry is also taking strident steps to privatise key airports across the country, with the overriding goal of utilising the estimated increase in revenue accruals to develop airports in several Tier 2 and 3 cities. Airport infrastructure modernisation and expansion, as well as the accelerated growth in air passenger traffic augurs well for the airport media business in the country.

Against this backdrop, K L Sharma, Executive Director – Commercial, Airport Authority of India (AAI) will be addressing the 15th Outdoor Advertising Convention (OAC) on the theme of ‘‘Airport expansion plans – what’s there in it for advertising industry’. The convention will be held at the Renaissance Mumbai Convention Centre Hotel, Powai, Mumbai on July 26-27.

K L Sharma is currently serving as ED – Commercial with the Airport Authority of India (AAI). He started his career in 1981 with the Central Public Works Department (CPWD). In 1989, he joined the erstwhile National Airports Authority and eventually rose to the level of Regional Executive Director. At AAI he served as Airport Director, Udaipur Airport from 2005 to 2009, and was also involved in the development of Jaipur, Jammu, Paro Bhutan, Lucknow, Varanasi, Chandigarh, lmphal, Jorhat, Port Blair, Pekyong, Jharsuguda and Dehradun airports.

As Regional Executive Director (Western Region) and as Regional Executive Director (Eastern Region) he was instrumental in developing underserved and unserved airports under the Regional Connectivity Scheme (RCS) - UDAN (Ude Desh Ka Aam Nagrik). During this period, the airports at Pekyong (greenfield airport in Sikkim), Jharsuguda in Orissa and Ambikapur in Chhattisgarh were given the licence from DGCA for general public use.