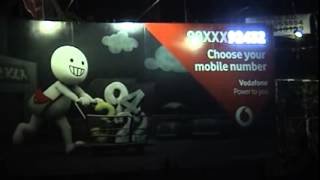 Vodafone, the telecom services major recently launched an OOH innovation for its"œChoose Your Numberâ€ scheme which was tied to the brand's IPL 7 campaign in the Kolkata market. The OOH specialist agency, Kinetic partnered with the brand in executing the innovation which aims to inform the OOH audience that they can choose their favourite / auspicious number while taking a new connection from Vodafone. To create a high brand recall for the communication, the innovation was deployed at E.M. Bypass, a key traffic crossing in the city. 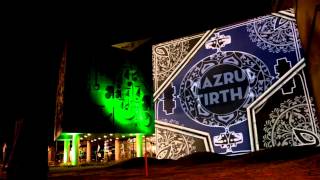 SelvelNext lit up one of the building facades of Nazrul Tirtha complex, the newly inaugurated museum in Rajarhat New Town, dedicated to the rich legacy of the rebel poet Kazi Nazrul Islam, using a mix of projection mapping, laser display and ambient lighting. Visitors and commuters were treated to a dazzling display showcasing the poet's rare images, book covers, music and art through innovative graphics using high-definition technology. 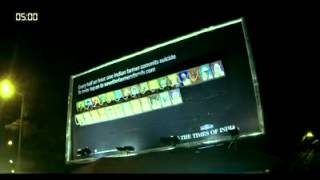 OOH agency Milestone Brandcom executed the live hoarding at MahimCausway in Mumbai as The Times Of India, took up the challenge to inform this rural problem to urban people through an innovative campaign. Photographs of 48 recently deceased farmers were printed, framed & kept ready for the activity with garland. Every half - n-hour, from morning to night photographs of the farmers were put up in the same frequency in which the farmers killed themselves. A call to action on the hoardings urged people to visit the website savethefarmersfamily.com and make donations that would help stop more untimely deaths. 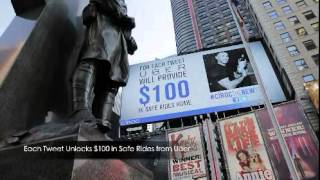 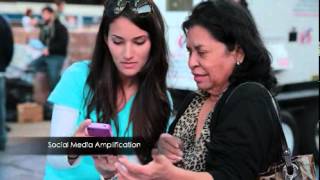 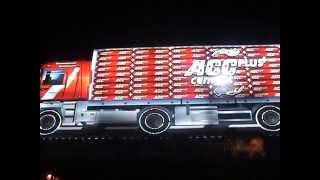 ACC Cement and Landmark Outdoor Media Services built a path-breaking innovation on a BQS to promote the brand in Patna. The highlight was that the truck seemed to be riding with the effect of LEDs.