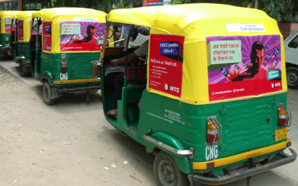 MTS promotes its "Offer Ka Sikanderâ€ scheme in Delhi through auto branding. As a part of the campaign, branded MTS handsets were given to the auto drivers as a freebie to make them a key part of the initiative. The campaign was ideated and executed by CASHurDRIVE.

Commenting on the campaign, Leonid Musatov, Chief Marketing & Sales Officer - MTS India, said: "Be it 1 Million Free Minutes or the roll out of Half Paisa Per Second billing, MTS has been credited for bringing a range of innovations in the Indian telecom market. As a company, MTS strives to deliver the best value to its customers and at the same time keeps the interest of all its retail partners in mind. Our latest initiative "Offer Ka Sikanderâ€ has been designed to not only provide enhanced value to our voice customers but also create revenue generating opportunities for our retailers on all subsequent recharges done by the customer.â€ 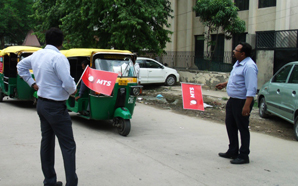 Raghu Khanna, CEO, CASHurDRIVE, said: "Auto branding is very popular in a metro like Delhi and the promotional trend has become very common here.  Hence I thought of doing something different which would help MTS to increase their sales and can serve us return on investment. I sat up with my team and came up with the amazing idea of cell phone distribution amongst the auto drivers. I am glad that we got the desired response and appreciation.â€

Nitesh Nagpal, Business Head, CASHurDRIVE said, "Imagination and creativity are beyond any limitation. It is very important to make all those people happy who willingly work for your organisation. This was a planned effort to make the drivers happy but also to make the campaign a success. We look forward to similar business opportunities in the future.â€
Tags : MTS Leonid Musatov CASHurDRIVE Raghu Khanna Nitesh Nagpal
Advertisement