Two OOH innovations, both with unique creatives, are meant to entice audience to get hooked to the second season of the dance reality show 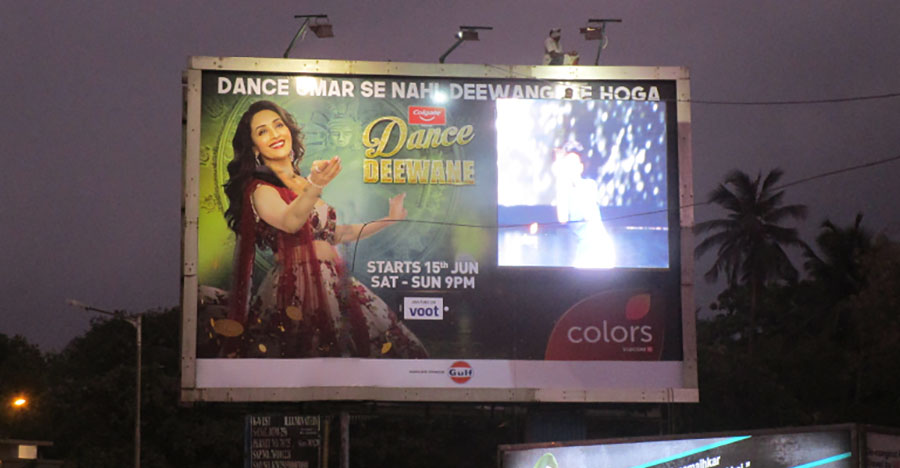 Colours’ dance reality show ‘Colors Dance Deewane’ has gone in for major OOH innovations to announce the launch of the second edition of the show. The show, set to begin from today June 15, communicates the details in an impactful manner.

The OOH campaign has reportedly been executed by two companies -- outdoor specialist agency MOMS Outdoor Media Solutions and media owning firm Bright Outdoor Media. While the agency has done a wide-scale campaign with multiple creatives, Bright Outdoor Media has exclusively launched two innovations to add glamour to the show. The innovations spotted include a site of size 30x20 on Juhu beach, Mumbai, and one of size 40x40 at the Santacruz highway, showcasing unique creatives with visuals of the show’s star judges -- Madhuri Dixit Nene and Tushar Kalia.

One innovation uses sequenced LEDs highlighting multiple dancing moves and another has an LED screen installed on the static site displaying clips from the show.