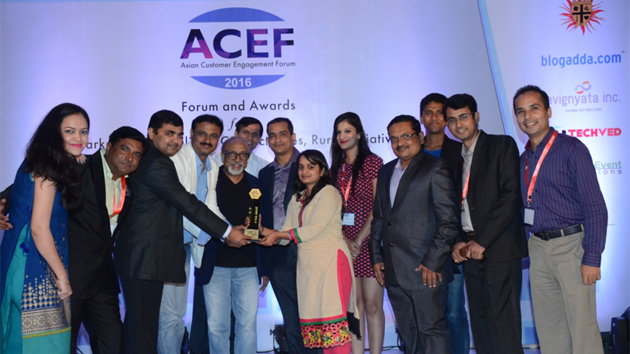 Vritti i-Media bagged four golds in the “Most Admired Agency for Rural Marketing”, “Making the Best Use of Home Media”, “Best Integrated Program of the Year”, and “Most Innovative Use of Media” categories at the recently held Asia-Pacific Customer Engagement Forum (ACEF) Awards 2016 ceremony held in Mumbai in end-September. The company also won three silvers too at the awards. In a release the company stated that “winning seven awards is a distinct achievement in ACEF Awards that takes Vritti iMedia to new heights”. 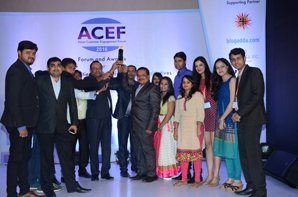 The ACEF Program is organised by a team of professionals from India, UAE and Sri Lanka. Since its inception in 2012, the Program has gained immense popularity. Recently the ACEF Forum & Awards were announced for "Marketing Capabilities, CSR Activities, Rural Initiatives for the year 2016.

Commenting on the wins, Veerendra Jamdade, CEO, Vritti i-Media, said: “When you are recognised for good work, the feeling is amazing. I am glad to say that my team has proved that dedicated efforts and focused approach always pay.  We always tried to think out of the box. Whether it is the amazing idea of using the religious occasions like Nashik Khumbh Mela and Ujjain Sinhastha or it is the integrated programme of Fatak se Furr in Pandharpur, our ideas are distinguishingly different. I think it is the secret of our success so far. When you are remarkably different from others, you become a crowd puller.” The CEO expressed hope that the team will continue the habit of winning awards.