Alka Asthana, CTO, Bharti Infratel Limited, stated at the 3rd National Summit on 100 Smart Cities India 2017 that while the smart city projects provide for digital billboards, current urban norms do not allow use of video content on such billboards 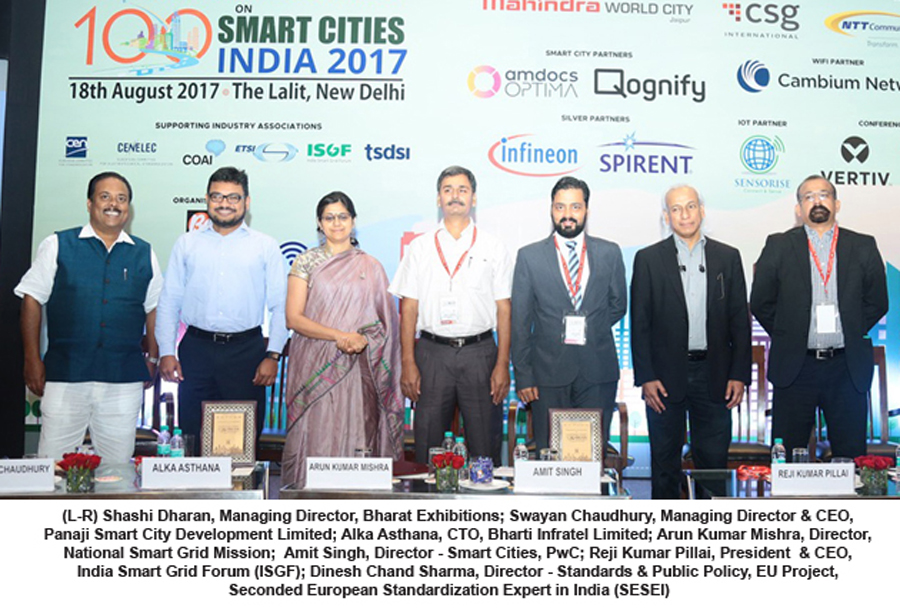 The 3rd National Summit on 100 Smart Cities India 2017 held in Delhi NCR on August 18 directed sharp focus on how the smart city projects need to be aligned with the urban policies. Commenting on some of the challenges that underpin smart city projects, Alka Asthana, CTO, Bharti Infratel Limited said, “The big challenge right now is that the expectation set has not been standardised”. She talked about the stumbling blocks that they keep encountering at the ground level that leads to increase in capital expenditures. Giving the example of Bhopal, she shared, “The nerve centre is not ready in the city and hence the overall implementation and fruits of the implementation are not visible at the ground level”.

While sharing an example from the Bhopal project experience, she shared that while as per the smart city project 16 inch digital billboards shall be installed, there was no vendor available in the city with such logistics, which became a big hurdle in the implementation.

“The Smart City mission is the most dynamic and challenging one that we have. It is a new process for all involved and the biggest challenge that this mission faces is implementation. Since it is a new process for all involved, the need of the hour is effective consultation. Experts in the domain and industry leaders need to step up and come out with recommendations that can further effective planning and execution of the plans,” said Swayan Chaudhary, Managing Director and CEO, Panaji Smart City Development Limited.

DMRC seems to rely on outdoor advertising to recover loss