Ogilvy & Mather (O&M), India's largest advertising agency, is yet to decide on participating in this year's Goafest. 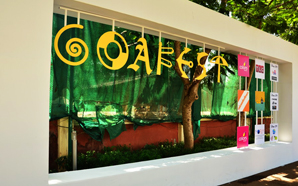 Ogilvy & Mather (O&M), India's largest advertising agency, is yet to decide on participating in this year's Goafest, specifically the Creative Abbies, the most sought-after awards at the ad & marketing festival, set to begin on May 29.

Last year, O&M had instituted its own set of awards. The first edition of these awards, called the Envies, was launched in Mumbai in December, with the agency giving away 35 trophies.

In June 2013, Lowe had kicked off the second edition of its own awards, True Show.

While Lowe has stayed away from the Creative Abbies for about a decade, O&M's absence for the second consecutive time might take the bite out of awards, despite the Goafest organising committee working hard to plug all gaps.

People in the know said McCann and Leo Burnett, too, were yet to confirm its participation. When contacted, Prasoon Joshi, president, South Asia, McCann Worldgroup, said he was "doubtful" on whether his agency would be able to participate this year, without citing any reasons. "For now creative people in the agency collectively do not feel motivated to enter their work and finally it is them who have to see value in it," he said.

Pratap Bose, president of the advertising club and chairman of the awards governing council at Goafest, says this year, the process of judging has been made stringent, with a window of 10 days between the first and the second rounds of judging for creative awards. Shortlisted work will be put up on the ad club website for comment and feedback.

"Any issue pertaining to a piece of work can be put forth during that 10-day window,â€ he said. In cases of plagiarism, complainants would have to back their claims with proof so that it could be taken up by the awards governing council, he added.

"Once the awards are given away, no changes will be made,â€ he said.

K V Sridhar, chief creative officer, India Sub-Continent, Leo Burnett, said, "We are yet to take a call on the matter.â€

The stringent norms follow a controversy last year: Leo Burnett, BBDO and DDB Mudra saw their Abbies in the radio, outdoor and print categories, respectively, withdrawn a week after the awards were announced. Subsequently, the awards governing council had instituted a super jury comprising top creative officers in the business. The jury decided against entertaining any complaints after the awards.

Apart from these changes, Goafest has also been made a three-day affair, against its current two-day format. The advertising and media conclave that precedes the festival will be held on the second day of Goafest and will be open to all. The organising committee has also added new award categories such as Abbies for publishers and broadcasters and increased the focus on branded content, promotions and activation, introducing more sub-categories within these verticals. For the first time, this year's Goafest will also hand out trophies to public relations professionals, under a new category.
Tags : O&M Goafest Creative Abbies Abhijit Awasthi Prasoon Joshi McCann Worldgroup Leo Burnett Pratap Bose K V Sridhar
Advertisement