The marketing campaign reinforces the power of smart choices and the ability to upgrade and has six ads being released across TV, Digital, Print and Outdoor 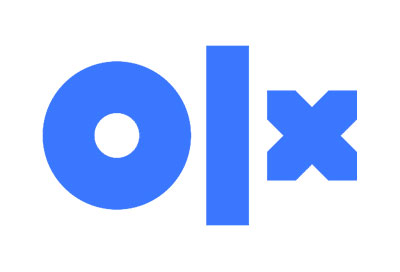 OLX, has unveiled its new brand identity as part of a global rollout. This is the first rebranding exercise by the brand after its launch in India., The rebranding is followed by a new brand tagline - ‘SET HAI’ in line with the new brand proposition to empower people in order to help them make smart choices. The new marketing campaign reinforces the power to upgrade with six ads being released across TV, Digital, Print and Outdoor.

The campaign features OLX’s new philosophy: every stage is momentary – just a milestone in the journey called life and at each stage, people need to make choices. The OLX platform helps people make these choices “smartly”. The high-decibel campaign plays on the words “SET HAI”, denoting the sense of satisfaction and confidence when one makes a smart choice. The theme was zeroed in after extensive consumer workshops and six-month-long brand research conducted across 45 countries in which OLX operates globally. The campaign went live on digital and TV starting 16th March in 7 key languages and will go live across print, outdoor in the coming days.

The refreshed brand identity incorporates a new logo to better represent the idea of making smart choices - circling great finds on OLX (the O), and crossing (the x) out the duds elsewhere. It features a visual identity and tone of voice that is more optimistic, ambitious, lively and provocative.

Commenting on this important announcement, Sushil Kumar, General Manager, OLX India said, “We have defined a proposition, a visual language, personality and tone of voice that will appeal to the modern millennials globally. Smart Choice and SET HAI is a proposition that enables users to benefit while also benefiting the community. “

He further adds, “‘SET HAI’ symbolizes the feeling we get when we know that we have taken a smart decision in the face of any situation. This expression perfectly signifies OLX’s belief that it can, and does, help users face life and the demands it makes of them at different stages, with confidence. Whether you’re preparing to welcome a new partner, prepping office as the business expands or rearranging your whole house to welcome a baby – it’s all as simple as the tagline itself. We strive to make things easy so that the world can make the smart choice - in terms of time, money and resources.”

Conceptualized by creative agency Enormous Brands, the TVC is sprinkled with pop culture and colloquial references, the reason why the phrase “Set Hai” comes up repeatedly in the ad. It speaks directly to the young, tech-savvy, dynamic millennials who are always on the lookout for a better deal. The TVC will release in 7 languages – Tamil, Telugu, Malayalam, Bengali, Marathi, Kannada and Hinglish.

Ashish Khazanchi, Managing Partner, Enormous Brands, says, "The TVC seeks to reinforce OLX as the ultimate destination for users as they inspire to make smart choices in the fast-paced life. We arrived upon the term “Set Hai” after establishing how much it resonates with the modern-day consumer that seeks to find real-time solutions that are uncomplicated and trustworthy.” 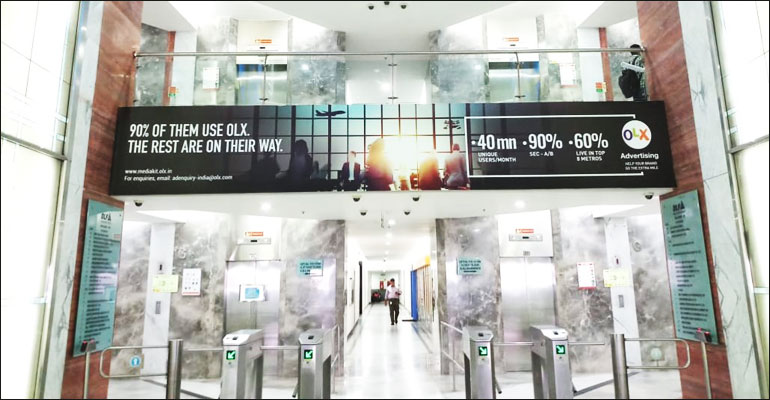 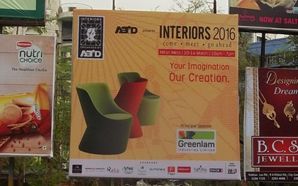 ABID INTERIORS 2016 connects with its target group via outdoor

Amira joins the festivity to connect with consumers