Laqshya will handle the nationwide outdoor media mandate for Republic for leveraging OOH assets for a period of three years starting April 2017. 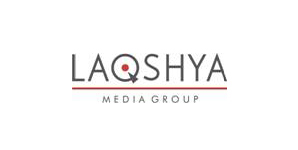 Laqshya Media Group has announced its exclusive partnership with Arnab Goswami’s Republic as its OOH Agency on Record (AOR). With this announcement, the media group will handle the nationwide outdoor media mandate for Goswami’s media venture Republic for leveraging OOH assets for a period of three years starting April 2017.

Scheduled to go on air in the next couple of weeks, Republic is a global, independent news channel. Aligning with the objective of the channel, Laqshya Media Group has conceptualised the campaign using its bouquet of tools, providing touch point centric and hyper localised planning to arrive at a right planning mix.

Alok Jalan, Managing Director, Laqshya Media, said, “We are thrilled to have signed the exclusive AOR with Republic for the next three years. The first leg of the campaign, which was launched in Chennai last week, has garnered an overwhelming response and we are looking forward to having a successful partnership with the channel.”

Vikas Khanchandani, CEO, Republic, said, “The Laqshya team understands our objectives and has devised a high impact OOH campaign for Republic. The team’s expertise and domain knowledge coupled with innovative solutions has been well appreciated. They are an integral partner and we look forward to a long and fruitful partnership.”

Goswami, Founder, Republic, said, "We are excited to be partnering with such a dedicated team that believes in our ideologies. With this association we are looking to maximise Republic's pan India outreach and effectively reach our audience.”

Satyabrata Das, Head Corporate Alliances & Communications at Laqshya, said, “The game has just begun for us in the media space and with Arnab and Republic, we will create disruptive communication.  So just wait and watch.”

The high decibel campaign will go live across 80 cities including all metros and Tier 1 cities in India, today.  The campaign was launched in Chennai on April 18, 2017.