According to the rule of KMC, any agency needs to first clear the outstanding before participating in the new tender. In this case, rules have been flouted and many of the outdoor advertising agencies got the new rights of hoarding. 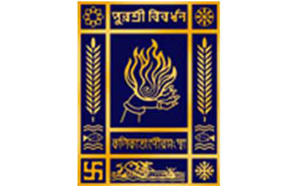 The Kolkata Municipal Corporation yet again stands to lose a huge amount of money due to illegal and malpractices of hoardings. KMC had to bear a loss of Rs 24 crore. This information came in front due to the investigation of CAG (Controller and Auditor General). According to the report, it has been pointed out that to provide undue advantage to one of the outdoor agency who has close relationship with KMC authorities, such situation has cropped up.

In different parts of Kolkata, KMC has approximately 400 street hoardings under their jurisdiction. As per CAG's investigation report, for FY 2014-15 four agencies got the advertisement rights for hoardings. Blue Dreamz Advertising Agency received Cluster 1,2, 3,6 and 8. Arun Sign Service Ltd. received Cluster 4 and View Finder Publicity Ltd. got Cluster 5 and Sampark Advertising and Media Pvt. Ltd. received Cluster 7. They were the highest bidder for the respective clusters. It was decided that each agency will pay an amount of Rs 3 crore and 7 lakhs for each cluster to KMC, though most of the agencies did not the pay the amount and thus KMC lost Rs. 24 crore and 28 lakhs. For this loss CAG has held responsible the authorised officials of KMC.

Debasish Kumar MMIC-Advertisement of KMC informs, "We are not concerned about the report presented by CAG, there was no such rule that in order to give hoarding advertisement rights any advance payment had to be made. We have filed case against the respective default agencies.â€

In the draft prepared by CAG it has been mentioned in details about the particular rules flouted in this hoarding tender. As per the terms mentioned in this hoarding tender, it was said that it is not required to pay in advance the advertisement fee but one has to deposit either a demand draft, pay order or a bank guarantee, thus the agencies got additional benefit out of this. Though in reality it is a rule to pay the advertising fee in advance to the KMC.  As Blue Dreamz Advertising Pvt. Ltd. won the maximum number of hoarding clusters, KMC was supposed to received a total amount of Rs 18 crore and 50lakhs which includes the advertisement fee of 5 clusters and the KMC taxes. Also in order to participate in advertisement tenders an agency has to have an experience of minimum five years, but Blue Dreamz was established during July 2010. So, it has been questioned by CAG how they got the lion's share from KMC regarding the hoarding rights of Kolkata. Also it has been questioned that if at all some changes have been brought regarding the terms and conditions for participating in the hoarding tender, then why it has not been presented and passed by the Municipal Corporation Council.