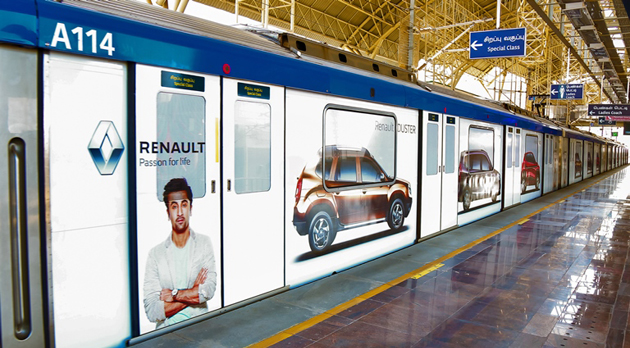 Following JCDecaux's win of the exclusive advertising rights with CMRL, the company unveiled its first two advertisers, Renault and Reliance Trends, through external train wrappings and internal branding at Koyambedu station in Chennai. 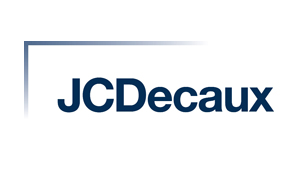 CMRL became operational in June, 2015 and currently has two metro lines spread over 45 km, covering 32 stations: 19 underground & 13 elevated. The two metro lines cover the key locations and intersections in the city with an estimated 282 million commuters per year with a 5% traffic growth. The 10-year contract with CMRL comprises of exclusive external wraps, internal train branding and complete train dominations with both internal and external branding. The contract further strengthens JCDecaux's transport portfolio in India, which also includes the exclusive advertising rights of the Delhi Metro Airport Express Line and the Kempegowda International Airport, Bengaluru. India, pointed out, "We are already very visible in cities like Delhi, Mumbai and Bangalore. This win has given us opportunity to set our foot in a promising metro city Chennai. If you look at Chennai, it's a billboard-free city but with a population as high as 4.8 million with high purchasing power. Metro rail, as applicable to any other Indian metro city, has a power to catch captive audience most effectively. This win has also given us an opportunity to set up our office here and start operations. It takes time to deliver sustainable projects and we have succeeded in many such endeavours. In Chennai, local retail is very strong so I would want the local retailers to come forward and try OOH opportunities. I have tremendous amount of hope from the media agencies and the growth of overall OOH of the city.â€

Thanking the advertising agencies, Olivier Heroguelle, Managing Director, JCDecaux India, explained, "Even amidst the unrest that OOH is suffering from in India, we have made DMRC's Airport Express Line and other projects a success. With a strong visibility in other Indian metro cities, I can see Chennai being very promising. We welcomed Renault as our first brand and it was only very recently we tied up with Reliance Trends too. When a brand is looking at most legal, impactful and premium environment, I think, Metro Rail can provide the perfect opportunity. I also would like to appreciate the city on how it has got up and put the act together after something as turbulent as the recent flood.â€ The event was attended by the regional heads of agencies like Laqshya, Rapport, Zenith Optimedia, Matrix Ad and many more.