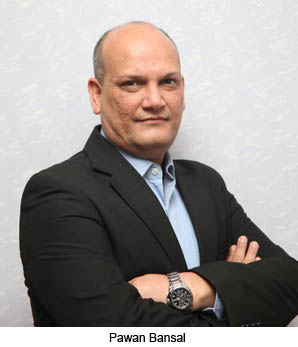 Jagran Solutions, India's leading new age marketing agency that provides solutions for Brand Activation, announced that it has won four awards at national WOW Awards 2013 held in Mumbai. Jagran solutions has won Brand Experience of the Year - Gold for Red Bull X Fighters, Contact Program of the Year - Bronze for Castrol Smiles, Sports Event of the Year - Gold for Red Bull X Fighters and On-ground Promotion of the Year for Sales Volume - Gold for Castrol CRB Plus Aashirwad.
Commenting on Jagran's overwhelming success at the award ceremony, Pawan Bansal, COO, Jagran Solutions said, "It is a great honor for us to win at WOW Awards and be under the spotlight for the fifth consecutive year. It truly encourages and motivates the team to receive these awards among many other important names in the business.
WOW Awards is a great platform to showcase excellence in the business of events and experiential marketing. Winning such awards is a result of our sincere efforts put over the years to deliver the perfect brand experience in a measured manner to our clients.â€
Jagran Solutions won WOW Awards in the face of stiff competition. The fifth edition of WOW Award 2013 saw 720 entries through 260 entrants and 416 brands. This year the process and categories for the WOW Awards included 28 categories and the entries were graded across four criteria: concept, activity, amplification and results. The entries were judged by an esteemed panel of marketing professionals from across industries.
The 2013 edition of WOW Awards had seen categories ranging from WOW Promos to WOW MICE, WOW LIVE, WOW Media and new additions such as Brand Experience of the Year and Integrated Marketing Campaign of the Year.
The Awards were instituted by Eventfaqs in association EEMA (Event & Entertainment Management Association), the Advertising Club of Mumbai and IPRS (The Indian Performing Right Society Ltd.).
The WOW Awards were launched in 2008 as the industry benchmark for excellence in consumer marketing & brand experience creation. Endorsed by over 800 brands since their launch, WOW Awards today enjoy patronage of over 400 advertisement, promotion, media, event and entertainment agencies around the country. The WOW Awards Jury consists of brand marketers from varied sectors.