GroupM, the country's largest media agency, has said overall advertising growth will stand at 11.6% this year, against 10% last year 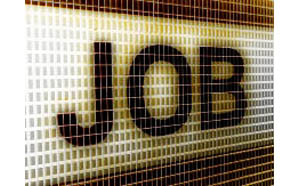 Prospects of ad spends soaring this year, owing to the coming elections and a general resurgence in sentiment, have brought cheer to ad and media agencies. It is expected most such agencies will begin hiring aggressively.

In its annual forecast, GroupM, the country's largest media agency, said this year, overall advertising growth would stand at 11.6 per cent, against 10 per cent last year. Consequently, total advertising expenditure is expected to rise to Rs 43,065 crore from Rs 38,597 crore last year.

GroupM isn't the only one optimistic. Rival ZenithOptimedia, a Publicis Groupe agency, has said ad growth will be 11.5 per cent this year, against eight per cent last year. Expectations of a new government working towards bringing economic growth back on track were likely to bolster sentiment, leading to a rise in spends, ZenithOptimedia said.

The government has estimated a 4.9 per cent rise in economic growth this financial year, against a decade-low of 4.5 per cent last year.

"Agencies directly benefit from an increase in ad spends,â€ says Mahesh Chauhan, former group chief executive of Rediffusion, who now has an independent agency called Salt Brand Solutions. He plans to add at least 10 people to his staff of 35 and expects pitching activity to rise, as clients who chose not to spend last year decide to step into the ring.

This year, Dentsu India Group was expected to add at least 100 to its headcount, executive chairman Rohit Ohri said. "We have been growing across the board in digital, creative and media. Our approach to have our service offerings bundled together helps us, as opposed to the unbundling seen within other agency groups,â€ he says. "This helps us work in an integrated fashion, which has benefited us.â€

At the end of 2013, Dentsu's revenue growth was 60 per cent compared to a year earlier. This year, growth is expected to be higher due to the Rs 500-crore Congress account Dentsu bagged recently. The agency expects all its clients â€” Toyota, Honda, Canon, ITC, etc â€” to raise spends this year.