FM has proposed Rs 100 cr for Metro projects in Ahmedabad & Lucknow, development of airports in Tier I & II cities, and urban renewal plans which will spur city beautification projects 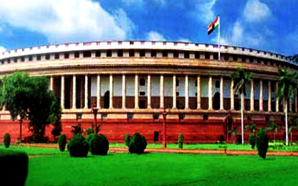 Union Budget 2014-15, presented by Finance Minister Arun Jaitley in the Lok Sabha on July 10, has provided for key infrastructure expansion plans. The Finance Minister has proposed Rs 100 crore for Metro projects in Ahmedabad and Lucknow, which when operationalised will create a swathe of transit media assets. In fact, Government's sustained focus on building and expanding the Metro networks in key cities across the country have resulted in significant expansion of the transit OOH media segment in cities like Delhi NCR and Mumbai.

While the major concessionaires see bright prospects in this segment, they would want the concerned authorities to grant exclusive ad rights for each network for periods up to 15 years. In addition, they would want the contractual terms to have built-in flexibility for executing innovative branding of the Metro rakes. By creating new opportunities for innovations, the concessionaires would be able to address the demand side of business.

The Finance Minister has proposed more airports in Tier I & II cities. Given that airports form the upper crust of OOH advertising, new airports, once developed and operationalised, will create a whole new range of OOH opportunities.

The Budget has allocated Rs 7,000-plus crore for "smart citiesâ€, which are either new satellite towns around existing cities, or upgradation of existing mid-size cities. This could spur city beautification projects that in turn could have a beneficial impact on OOH media.