At a recently held international press meet in Bangkok, the company laid out its growth plans and brand positioning, in sync with its goal of becoming a $250 million company by 2018 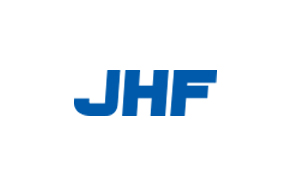 Beijing JHF Technology Co., Ltd, a leading China-based manufacturer of industrial digital inkjet printers for the signage and textile industries, is taking strident steps to strengthen its global branding and thereby increase its share of business in the US, European and Asian markets. Unlike most Chinese printer manufacturers, Beijing JHF Technology Co. is focused on establishing itself as a global brand name instead of just competing on the pricing turf. The fact is, there are hundreds of such companies doing business just using low prices as a lever, but hardly any among them is seen as a trusted brand. Currently, Beijing JHF Technology Co commands presence in 13 countries that were established over 17 years of operations in this industry. 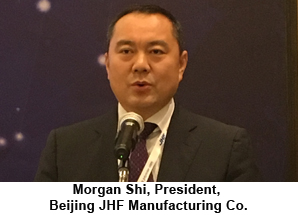 At an international meet organised by Beijing JHF Technology Co., Ltd in Bangkok on January 19-20, the company stated that it invests 10% of its revenues in R&D every year. Morgan Shi, President, Beijing JHF Manufacturing Co., in his presentation stated that the company has etched its brand name in Sign & Display, Textile Printing, and Packaging Printing. “Chinese products are always considered as cheaper non-industrial  product but JHF has invested in manufacturing a truly industrial printer which is at par with other better know European and American manufacturers, and hence we are not really fighting with other Chinese manufacturers,” said Morgan.

According to Hong Kong based Victor Tse, who heads the international operations of JHF, the JHF product line is targeted at the “sweet spot” created by the upward movement in terms of both productivity and price by the other established manufacturers of equipment. JHF solutions fill this vacuum and is thus uniquely positioned to address the needs of a majority of the PSPs.

With a sharp focus on becoming a global brand in the manufacture of high-end UV machines, Beijing JHF Technology Co. has become a $80 million company and has targeted to scale the $250 million level by 2018. Toward this, the company’s new Regional Demonstration & Training Centre in Bangkok will become operational by Q2 this year. The new manufacturing facility at Shangdong Industrial Park with production capacity that is 4 times that of the Shanghai plant, is expected to become operational by October 2017.

JHF has a high 82% market share (in real number 115) in China, with the remaining taken by European and American manufactures. Also, in China top 80 of 100 PSPs have installed JHF machines.

The company officials pointed out that 80% of airport displays in China are printed on JHF machines. Also, customers believe that JHF machines do not require attendance, so they very stable.

The company’s International Sales Head said that in the current year, JHF will aim to double its turnover vis-à-vis 2016 numbers, refine its sales network in India, Middle East and South Pacific markets, promote its new textile printing solution, expand its sales network into Europe, Africa, and Latin America, and enhance its participation in international exhibitions.