Posterscope India has planned and executed the campaign using a mix of billboards, gantries, unipoles and pillars for impact and bus shelters, bus wraps and mobile vans for reach.

Total, world’s 4th largest oil & gas company, has launched a highly visible OOH media campaign for its flagship car lubricant brand Total Quartz for the Indian market. The mandate for the campaign has been awarded to Posterscope India, the OOH agency from Dentsu Aegis Network. 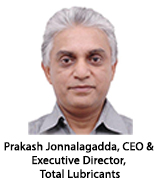 The core campaign objective is to build brand awareness for Total Quartz amongst car owners. OOH medium is the best suited avenue for the brand to effectively get maximum relevant consumer eyeballs for a product category that has traditionally low consumer involvement. Commenting on this key consumer insight, Prakash Jonnalagadda, CEO & Executive Director, Total Lubricants, says, “Most end-consumers of engine oil leave the decision to their mechanic on the choice of the brand. And hence lubricant brands are constantly struggling to create salience and awareness in the minds of the consumers. For Total India, this OOH campaign is an opportunity to build a consistent reminder for consumers, especially in the pre-monsoon season which is usually a time for car servicing and engine oil change.”

Total Quartz is the official partner of BWF (Badminton World Federation) World Super series, given the common characteristics shared between the product and the sport such as powerful performance, technologically advanced precision and endurance. The OOH media communication has this partnership seamlessly interwoven with the brand.

Building on the brief, Posterscope India crafted a media mix campaign delivering both impact and reach for Total Quartz. While billboards, gantries, unipoles and pillars provide impact for reach, bus shelters, bus wraps and mobile vans have been utilised effectively. The campaign is currently running across key high car population markets across India.

A set of innovations emphasising on product-pack across each of the markets has been a redefining approach and fresh for this product category. Larger than life product packs placed on freeways, high traffic junctions, bus shelters, mobile vans, malls, beaches and road dividers are a first of their kind. Another novel idea here has been the highlighting of the product pack on back-lit media through the use of special printing technology. Illumination accentuating brand message has helped the impact media stand out loud and clear in the clutter.

Commenting on the campaign deployment, Fabian Trevor Cowan, President, Posterscope India, says, “Being part of this campaign was an absolute honour. The stated brief was to create maximum visibility for the brand, for which for the very first time we deployed the MIM+ route (Multiple Innovation Multiple Media) covering more than 16 different media types and executing innovations on 23% of the executed media.” 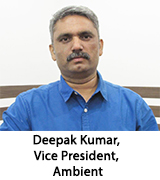