Outdoor firms are seemingly tapping into new and innovative areas to expand their business operations. Chennai-based S S International is one such firm that has forayed into a new space -- events management - while ensuring that the initiative ties in with its existing business - outdoor media.

S S International Live, the events arm of S S International, took the initiative to recreate the magic of the popular Tamil novel'Ponniyin Selvan' on stage during June-July in Chennai, Madurai and Coimbatore. The company maintains that the event was "history in the makingâ€ as it was being attempted on such a grand scale after more than 25 years. The play ran to packed houses in all three cities due to some aggressive promotions on various outdoor media. 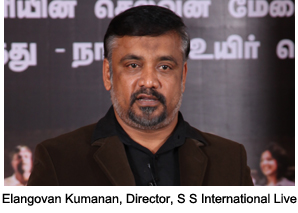 Speaking about the event, Elangovan Kumanan, Director, S S International Live, told Outdoor Asia, "We planned a long drawn campaign with a few teaser ads in March and April, and followed that with a revealing campaign in May. To keep the audience interest alive and to sustain it for over 60 days, we used the outdoor media for the promotion. And we were proved right. The resounding success of the play was a testament to the success of the strategy.â€