Fox Traveler has executed an innovative on-ground activity for their new show called'Sound Trek'. The channel strategically selected activities such as flash mob, and offers an engaging experience to the TG using a motion sensing technology based piano and LED displays at high footfall malls in Mumbai and New Delhi 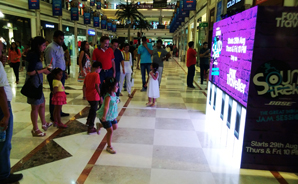 Fox Traveler, the travel and lifestyle channel, has embarked on a musical journey with their new show named'Sound Trek'. The concept of the show combines travel and music and features collaboration between some of the country's best musicians and local talent. With an aim to create a buzz about the show, the channel planned a 360 degree marketing initiative where on-ground activities further connected the audience with the show.  The baseline of show is'The Great Indian Jam Session'. Thus, the channel decided to give a jamming experience to the audience through a unique on-ground activity. The campaign was undertaken in the high foot-fall malls of Mumbai and Delhi. Brandscope India, the outdoor arm of Posterscope Group, organized a digitally led, innovative and interactive campaign for this.

High tech and how!

The on-ground initiative included several interesting activities such as:

A Motion Sensory Piano- The Motion Sensing technology was utilized for the activity. A 6 Ft x 8 Ft, 5 mm pitch LED Wall was created in the identified Mall atrium and the LED is connected to the computer which has motions and sounds already programmed into it. The Sensor is placed on top of the LED to cover the movements. As soon as someone walks by the LED wall, the sensor gets activated and the Piano keys get pressed detecting their motion and plays different notes accordingly. 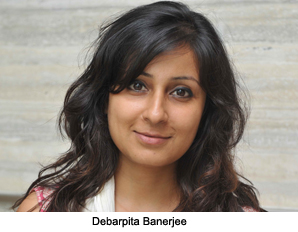 LED Screens- During nonâ€“ rush hour, the show promos were played on the LED screen.

Flash Mob- The above was supported by a Flash Mob, who moved to the keys to get that perfect sync and get the crowds involved and excited.
Debarpita Banerjee, Vice President -Marketing, Fox International Channels said speaking about this initiative, "With the increasing clutter in media and communication, there is also a rise in innovative ways of reaching out to one's desired TG.  Our show promises to be a visual and melodious treat for music and travel buffs alike. It is this value proposition that we thought of bringing alive through the activation and flash mob. Instead of simple information dissemination, such initiatives compel involvement from the TG, and make for a more memorable message.â€

Cashing in on Flash Mob

The idea behind organizing a flash mob was to entertain and engage the audience with activity even much later on the internet.  According to Debarpita an activity like flash mob is a distraction on-ground. "When we buy media, we do innovations on air or outdoors, likewise flash mob is an innovation on ground. It is niche because any on-ground is niche and it reaches to probably certain amount of people who are present at the place. But the way you use it adds potential, if somebody had great fun with the interactivity, it could a make a video to put it online and people can enjoy. It is something that needs to travel and we are hoping it would travel,â€ she added. 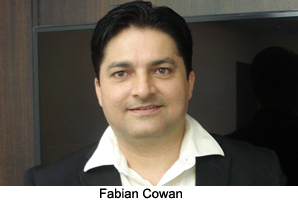 The channel spent 10% of their total marketing budget on the on-ground activity and depending on the response, it might further scale up the activity.

The ambient activity was executed at high footfall malls such as DLF Promenade, Vasant Kunj, Delhi and Inorbit Mall, Malad, Mumbai. The selection of the malls was done by considering various factors through the PRISM suite of tools which details out the TG's concentration points in a city and the AMBIENT tool which details out footfalls and movement patterns of the TG within the selected premises, in this case the malls.

The main challenges faced by the agency related to the hardware and the software part. Primarily, they had had to ensure that they got the best quality sensors and LED displays in order to get the best results. On the software front, 3 D design and modeling, motion sensing programming, and sound integrations had to be dealt with simultaneously. The software ran on 3 different loops which were - Flash Mob, People Movement and Show Promos, and synchronizing these was critical in order to bring out a seamless integration. 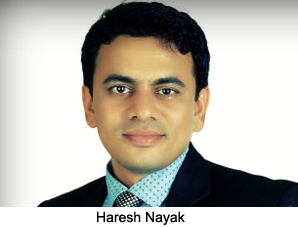 Consumer conversations - the way to go

Haresh Nayak, MD, Posterscope India shared his take, "The changing out of home landscape calls for innovative ways of connecting with the consumer. As an agency that is at the forefront of innovation and technology we are glad to be associated with clients like Fox Traveler who understand and are willing to use technology in the OOH space to connect with consumers digitally and interestingly.â€

Fabian Cowan, VP, Brandscope India added, "The expanding out of home ecosystem demands that we serve solutions in an interesting, interactive and shareable manner, thereby allowing brands to become part of consumer conversations. We were privileged to be part of this activity with Fox Traveler as this exhibits our collective belief of creating and being part of immersive experiences in the out of home space.â€

Well, the innovative campaign has helped the brand and the agency achieve the objective i.e.  "Engagement and Interaction with the peopleâ€ and establishing connect with the show. Well this also demonstrates that sky is the limit when it comes to leveraging OOH in newer avatars.