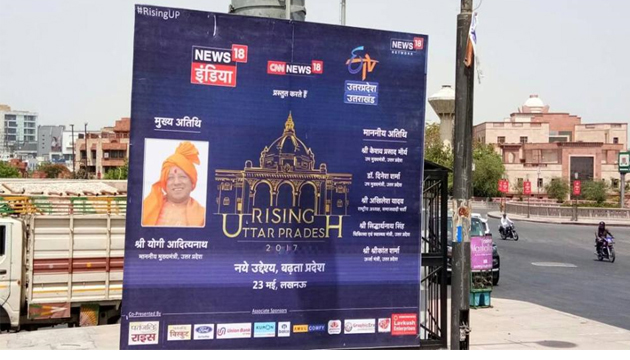 Television channel ETV ran a large campaign in Uttar Pradesh to showcase its show that centred around UP Chief Minister Yogi Adityanath’s ‘Uprising Uttar Pradesh’ initiative. The conference was organised to discuss the development of the state. ETV took the outdoor route to attract maximum attention to the broadcast event.