Bharat Media Group (BMeG), a 360-degree integrated marketing and communication agency, has issued a media release stating that it has won the OOH mandate for Muthoot Finance’s new marketing campaign for the Southern markets covering Telangana and Tamil Nadu. Along with this, BMeG has also won the OOH mandate for Muthoot Forex for the Kochi market.

Muthoot Finance’s latest marketing campaign is about their new mascot ‘Goldman’ who drives the message of  ‘Put your Gold to Work’ for their various credit needs. The campaign uses a comic approach and is played by some of the leading Indian comic faces like Johnny Antony, Brahmanand, Sadhu Kokila, and Redin Kingsley across four languages - Malayalam, Telugu, Kannada, and Tamil, respectively. This character ‘Goldman’ in the campaign, is personified as the gold lying idle in the home. It highlights how gold loans can meet the financial needs of people across classes and various situations and the convenience of availing one over other credit options in the market. Through the campaign, the company aims to connect with a newer and younger target audience to showcase how their gold assets can be monetized to fulfil their dreams and needs. Divided into three phases, the campaign uses a diverse media mix, and OOH is one of the mediums used to amplify the message.

Whereas the Muthoot Forex campaign is primarily an OOH-driven campaign that focuses on accentuating the brand’s products and services. To get maximum eyeballs, the BMeG OOH team, along with Muthoot Team, chose the Kochi Metro rail to run the campaign. The entire metro train is wrapped in the brand’s creative depicting various offerings of Muthoot Forex.

Speaking about the partnership, KR Bijimon, Executive Director of Muthoot Finance, said, “Through this campaign, we wanted to amplify the trust and faith instated in our name to a newer and larger set of younger audiences. OOH is a crucial medium that helps create mind space for the brand among the targeted TG. We are quite happy to have BMeG as our OOH partner in creating the desired visibility for the brand in all relevant OOH platforms in the designated markets.” Talking about the association, Anand Charles, CEO of Bharat Media Group, said, “The Goldman OOH campaign is a very prestigious win for us.  In recent times, Out of Home advertising has made a strong comeback and has been seen as one of the preferred modes of marketing communication. The association with Muthoot Group (Muthoot Finance and Forex) reiterates the industry trend. Our OOH team is quite elated to be part of the exciting campaign of Muthoot Finance. The team zeroed in on strategic locations and used multiple mediums such as hoardings, airports, bus shelters, transit, digital screens, railway stations etc., to take the campaign live.”

But winning the OOH mandate for Muthoot Forex is the cherry on the cake as it’s also one of the most extensive campaigns for the brand in recent times.” 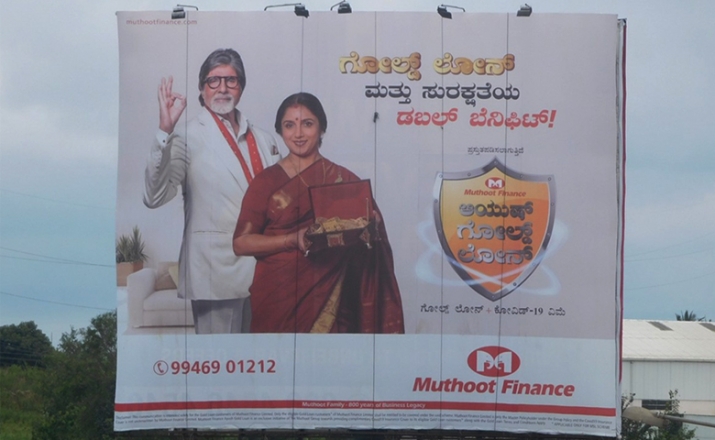