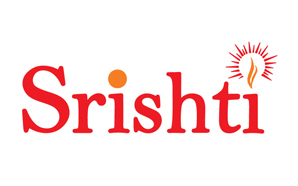 To optimize client's interface with better visibility and publicity, Bangalore based SRISHTI is on an aggressive move to offer digital OOH facility in near future.

After successfully launching the digital media by way of Large size LED screens in Bangalore and Mysore Railway Stations, SRISHTI has now bagged the sole rights contract for LED Screens at different vantage locations of YESWANTHPUR Railway Station. SRISHTI further plans to install some 100 LED screens at different locations of the railway station along with a control room to monitor the systems. Railway messages (on arrival /departure timings of trains starting from /passing through this Railway Station) and audio visual advertisements will be displayed on these screens.

S Kumar, Founder and Director, Shrishti Communications, said, "Unlike static media, this dynamic media will have audio visual effects thus enhancing the quality of the advertisements displayed on them. As these screens will anyway be viewed for railway information, it will be easier to grab attention of the moving TG. Plus, the preppy and colourful display will ensure maximum attention.â€

SRISHTI has already started receiving enquires from its clients and prospective advertisers for this new digital medium at Yeswanthpur Railway Station. "We are confident of achieving huge success through this medium,â€ Kumar added.