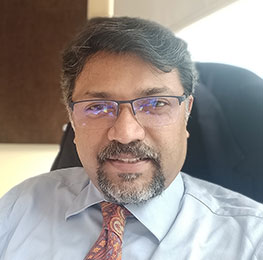 Transit media, especially in controlled environments like airport, railway stations, Metro stations, command significantly large captive audiences. And yet, there are no standards measurement metrics available to slice and dice the audience data for media planning with regard to these formats. However, it is expected that the Indian OOH industry will see a see-change in regard to audience measurement metrics with new entrepreneurial initiatives being taken in this direction. SHARP (Strategic Hyperlocal AI-powered Reach Planner), launched by Laqshya Media Group, is one such measurement metrics tool that allows media planners to target the right audiences in a cost effective manner.

SHARP tool is primed for application in the transit media space too, covering airport media, bus shelter media, Metro media, among others. Manas Mohan, Ideation Evangelist & Principal Consultant, SHARP, Laqshya Media Group will throw light on this area in his presentation on ‘How audience metrics will catalyse transit media growth’ at the upcoming 1st Transit Media Talks Conference that will be conducted at Courtyard by Marriott, Mumbai on February 28.

Overall, the deliberations in some of the other sessions at the conference will touch upon: