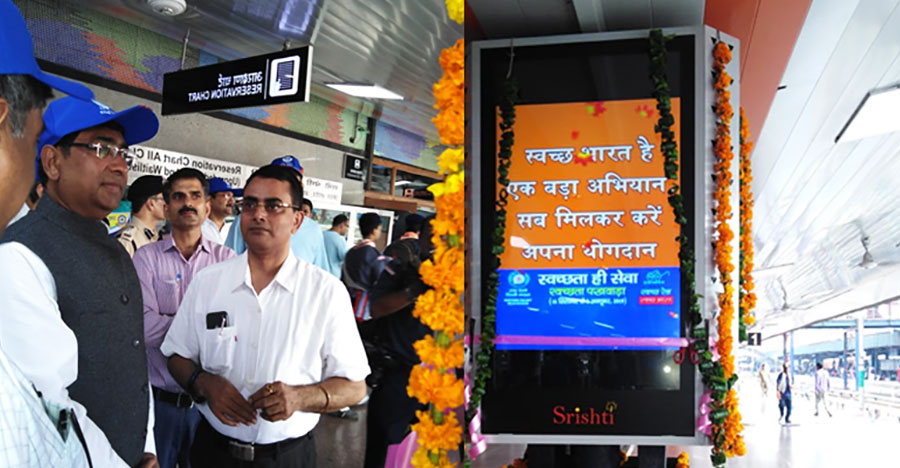 Digital OOH is the future. Stating this while inaugurating the digital signages at the New Delhi Railway Station, Railway Board Chairman Vinod Yadav appreciated Srishti Communications for setting up the digital OOH assets at the station, which he reckoned would not only serve as an advertising medium but also in time of emergency could be used for display of critical information. Srishti Communications has set up some 132 digital media assets at this station.

At the time of the inauguration of the digital signages, the Railway Board Chairman was accompanied by the Divisional Railway Manager, Northern Railway; Senior Divisional Commercial Manager Sunil Beniwal, and other senior Railway Board officials.

The Railway Board Chairman inaugurated the signages with a launch of a ‘No plastics’ campaign. He expressed satisfaction over the use of digital media for advertising at the station, which replaces PVC flex media.

S Kumar, Managing Director of Srishti Group said the initiative to convert the static media displays at the station to digital media is part of the group’s larger strategy to establish and promote digital OOH in a big way, especially in the transit media space where DOOH is seen to deliver the best outcomes for advertising brands, apart from the fact that going digital also makes the medium dynamic and engaging.