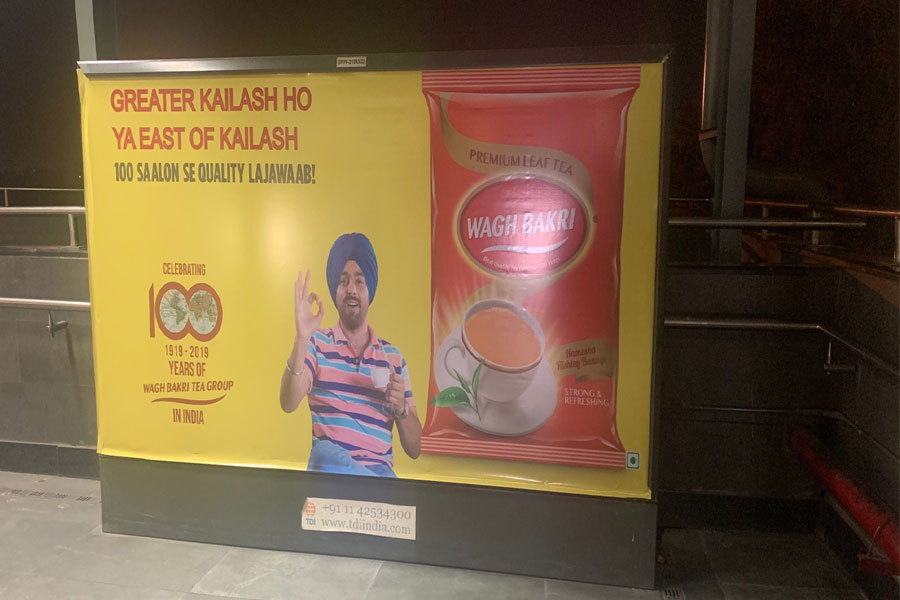 Commenting on the objective of the campaign, Nishit Shah, DGM- Trade Marketing- Wagh Bakri, said, “The idea is to drive sales by going hyper-local in each market and build recognition for our brand and in key markets by talking about our brand being there for a 100 years”.

The creative thought process is a joint effort of the brand and the creative agency Scarecrow which developed the creatives in multiple languages, such as, Hinglish for Delhi and Bengaluru and Marathi for Pune and Mumbai. The brand opted for a mix of traditional formats and transit media including those on Delhi Metro network, BEST Buses and bqs in Bengaluru.

“Our sales team from different cities helped in the selection of sites for the campaign,” added Nishit. The brand was seen in the Delhi NCR OOH market after a long hiatus.

The brand worked directly with media owners like Pioneer Publicity, JCDecaux India, and Signpost India for obtaining the media. “There was transparency in the dealings and we got the best rates as well,” he said.

The campaign that was launched for a one-month period is being extended by another one month's duration. “We have received an overwhelming response from the campaign, from the buyers and consumers,” said Nishit.