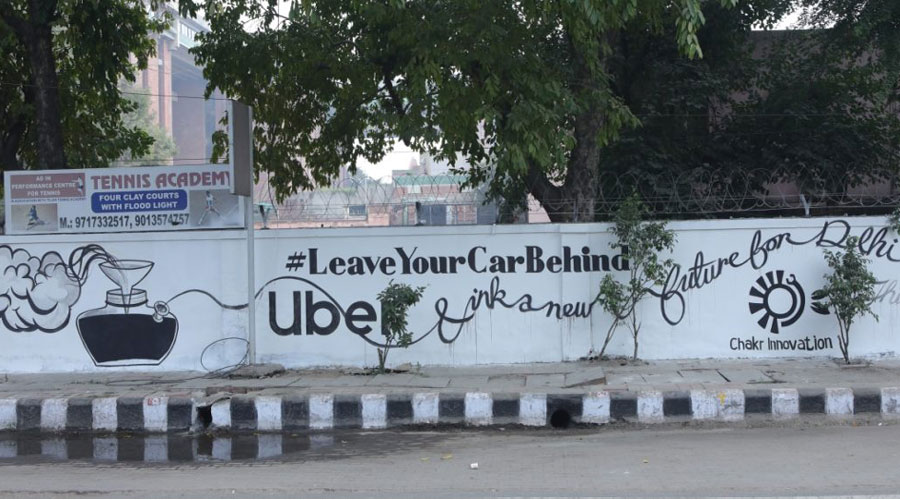 As a culmination to the #LeaveYourCarBehind campaign, Uber has partnered with Chakr and Delhi Street Art for graffiti and street art at Lodhi Colony in Delhi, using paint up-cycled using the very same pollutants engulfing our city.

Chakr has a patented technology, ‘Chakr Shield’, which captures emissions at source and converts them into ink and paint which have been recognised as having ~0% toxicity by CII-IGBC (Confederation of Indian Industry – Indian Green Building Council). Uber has also tied up with Delhi Street Art, an organization which promotes public art amongst young artists. The painting campaign involved a number of volunteers who lent their support to this initiative.

Amidst Delhi’s recent odd-even rule to address Delhi’s rising air pollution, #LeaveYourCarBehind campaign highlighted the need for shared mobility encouraging citizens to play their part by leaving their car behind and adopt ridesharing and carpooling options.

There is a dire and pressing need to act to save our city, seeing the sheer number of medical cases born out of the smog that blankets us. Uber appreciates the need to work as collective shareholders with a common goal to build sustainable cities for our future generations; a reduction in the number of privately-owned cars on the road is one of the pivotal action points to achieve this dream. Parks are for playing, not parking, says Uber campaign