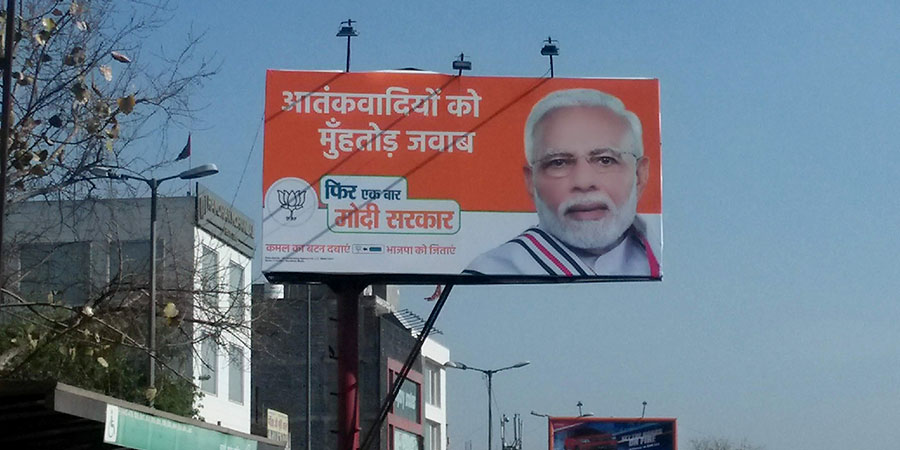 After ‘Main Bhi Chowikar’, it’s now all about countering terrorists with a fitting reply, on the BJP campaign agenda. The party has rolled out the next set of campaign creatives on the OOH medium, as part of its call out pitch ahead of the upcoming Lok Sabha elections. The campaign has hoardings that scream, “Atankwadiyo Ko Moohtod Jawab’, executed by US Advertising in Delhi.

Spotted in Delhi by the Media4Growth team, the campaign communication is obviously meant to resonate with public sentiments following the recent Pulwama attacks.

The creative will be plastered on large size formats - hoardings & Unipole at main junctions and prime locations of each city.